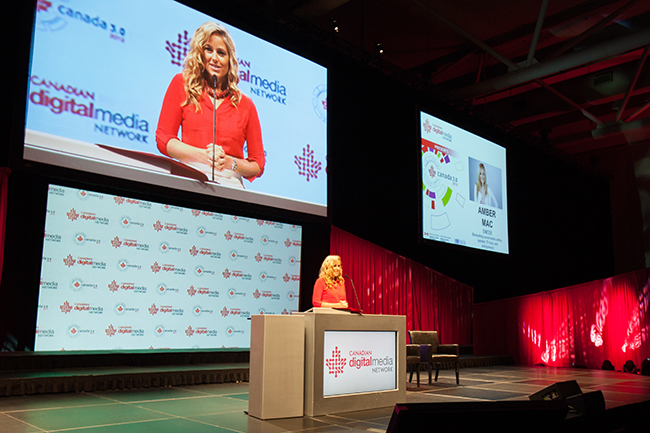 The Canadian Digital Media Conference‘s (CDMN) upcoming Canada 3.0 Conference, now an annual affair that places a heavy emphasis on startups in the digital innovation space, is ready for a few changes this year.

Canada 3.0’s 2014 version kicks off in late May, this time in Calgary, with a focus on meshing together Canada’s massive energy sector and its ever-growing ICT sector. For CDMN managing director Kevin Tuer though, it’s somewhat motivated by Canada’s well-documented lag in productivity in comparison to other countries.

“Canada doesn’t seem to be performing well on the global stage when it comes to productivity, and I think it comes to, how do you measure it? For  us we do see the opportunity to do great things by bringing together these two sectors [energy and digital innovation].”

As such, the conference will be held in Calgary this year, the first time it’s being hosted outside of Ontario.

The theme for this year’s Canada 3.0 conference is “Digital Innovation Enabling the Energy Economy”. The conference wants to stimulate discussion around the energy sector- Canada’s largest- and one of the most critical issues facing Canadians at home and around the world in energy sourcing, production, distribution and management. CDMN was founded in 2009 to connect entrepreneurs, companies, and research institutes to accelerate the delivery of digital solutions to the marketplace. Since then, the CDMN has brought together 25 regional hubs, developing an online platform designed to share services across the country. In November it received $8.75 million in government funding over five years.

Typically a conference that attracts a large amount of startups and early-stage tech enthusiasts, I asked Tuer if Canada 3.0 is stepping away from that seed-stage feel with this year’s bias towards the energy sector. Not so much, he said.

“The idea is we need to engage all levels of industry, and of course our hallmark in the past has been to include academia and government in the conversation as well, because I think it’s one of those things where to be truly innovative we need to consider the continuum from startup all the way to large multinational,” Tuer told BetaKit. “What we’re hoping is that maybe some of the energy-related companies will see innovation in the small- and medium-sized organization from ICT and see that there’s an opportunity for them to be more productive and do greater things for their organizations in an ever-increasing competitive sector.”

In fact, the CDMN will actually be inviting a few startups to participate in Canada 3.0 this year. That’s as a result of last month’s Brasil-Canada 3.0 conference in Joao Pessoa, Brazil. There ten Canadian and ten Brazilian startups competed at a pitch off, where one winning team from each country won invitations to Canada 3.0 this May.

Other than that Tuer said the CDMN wanted to make the event truly national, and for that reason it’s being held in Alberta’s largest city. It’s also a place that was recently named Canada’s top entrepreneurial city. And as a place that’s synonymous with Canada’s natural resources and energy sectors, it makes sense that efforts are being made to further marry tech to non-tech.

“We’re very eager and very excited by the opportunity and we anticipate that well have some important, engaging conversation,” said Tuer. “We see a lot opportunity going forward for CDMN is bringing more tech to non-tech sectors and seeing how we can make non-tech sectors more productive. I think this is an important improvement.”

Toronto-based Second Closet’s $500,000 seed round only took a day. That was partly thanks to BlueCat founder Michael Hyatt, a lead investor along with…