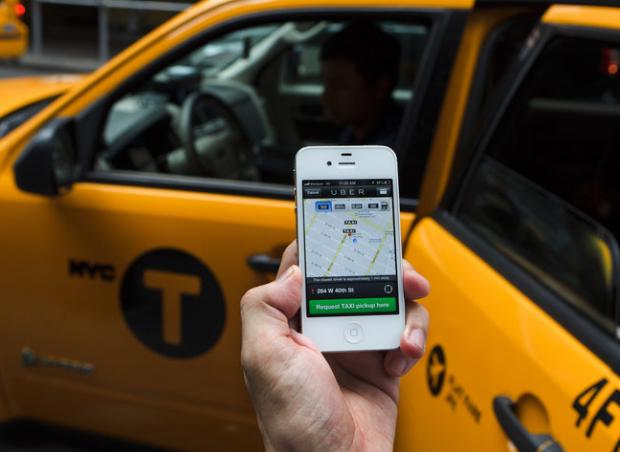 Love em’ or hate em’ after their surge pricing antics, but Uber keeps on expanding to new Canadian territory. The San Francisco-based company announced today in a blog post that Montreal launched along with 49 other cities around the world.

New users can use the code UBERMTL15 for $15 off their first Montreal uberTAXI ride.

“Uber is excited to start rolling out the most convenient and reliable way to get a ride, whenever and wherever you need it,” read the post.

Uber’s app connects users with the closest available Montreal taxi with a few taps. Details regarding the driver, where they are and how long it will take are displayed via the app and payment is securely handled through Uber, with receipts emailed to users after the ride. Friends can even split fares and its “Share my ETA” allows users to tell friends and family when they’ll be arriving. Meanwhile, text messages alert users that their taxi has arrived and that’s that.

Founded in 2009, the company has now raised a total of $307 million worth of venture capital from every high profile investor or investment firm in the book: Jeff Bezos, Google Ventures, Jason Calacanis, Founder Collective, and more. It received $258 million in funding in a Series C round in August, following a Series B round of $37 million in 2011.

The company’s short but never-dull history has been at times wildly successful in terms of venture capital, and at times comical amid legal challenges and allegations of tactless behaviour.

The company has been accused in several jurisdictions of illegal taxicab operations, had a cab towed as part of a sting by the Washington D.C. taxicab commission, has been sued by the taxi and livery companies in Chicago and even faced 25 charges from the City of Toronto for “municipal licensing offences, including operation of an unlicensed taxi brokerage and unlicensed limo service”. The company’s legal representatives must be making a killing.

Just today in fact, the Washington Post reported that the company is hiring a top lobbying firm (that also counts Apple, Google, Cisco, Intel and Cablevision among its clients) on Capital Hill to take on the US feds over a filing entitled  “innovation in the transportation marketplace”.

It’s all part of a struggle as new forms of technology that enable easier service and experiences for users go toe-to-toe with a century’s old industry still clinging to its decreasing share of the pie.

Typically, prices are higher with Uber than other cabs because the company can nearly guarantee a reliable, on-time and comfortable ride, and as a result, drivers have often credited Uber for increasing their “potential earnings” by as much as 30 percent.

Unfortunately the company has also engaged in a few questionable moves that probably brought in a few extra “shekels”, but along with it several new enemies. Most notoriously, the company introduced surge pricing during Toronto’s massive flooding this past summer  (which wasn’t the first time it implemented this technique). The company claimed it does so to encourage drivers to get on the roads and help people out, but the move clearly left a sour taste in Torontonians’ mouths.

It remains to be seen whether the fifty new markets, including Montreal, will spell out more public relations disasters or legal debacles for the company. Nevertheless, its service and reliability have long been championed by frequent users who care not about questionable tactics during unavoidable natural crises.

As Canada’s largest conference and trade show dedicated to digital marketing, advertising, and retail, Dx3 is not a typical home for startups. But as…