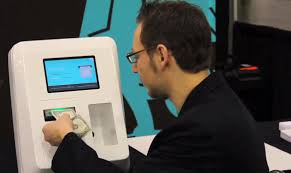 Two more Bitcoin ATMs have been installed in Montreal.

Autocoinage, a Canada-based local operator, has deployed two one-way Bitcoin vending machines in downtown Montreal at “the most competitive rate.”

Seven more are planned around Montreal and Ottawa regions, including a two-way ATM (one that can both give and receive Bitcoin).

The company behind this is AutoCoinage, which sports a pretty rudimentary, bland website with little information. “Our vending machine is the fastest, safest and easiest way to get bitcoins. No wiring money to an exchange where you have to wait days for your account to be credited. You feed the machine cash and get the bitcoins immediately, as simple as that!” reads the website. “Not all BTM are created equal. We compare our already-lowest commission fee daily. Expect the best deal when seeing our logo.”

ATMs that spit out various types of cryptocurrency have been all the rage lately. Yesterday we wrote about how Montreal entrepreneur Joel Yaffe and his “PotCoin” cryptocurrency group had installed two PotCoin ATMs in Denver, Colorado.

Bitcoin ATMs, meanwhile, first came to the world in late October when Vancouver welcomed the new machine. Toronto, Montreal and Ottawa all received their first machines in mid to late January.