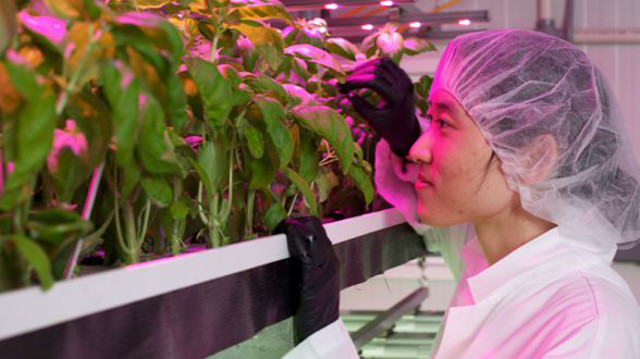 TruLeaf, a Halifax-based agtech company dedicated to developing multi-layer plant farm technology to provide predictable supplies of plants, announced that it is using U.S.-based crowdfunding platform AgFunder to raise $1.37 million. The campaign is meant to close TruLeaf’s $2.65 million Series A round. So far, the company has raised $1.28 million.

TruLeaf says the funding will be used to speed up commercialization, expand its workforce and continue developing IP and technology. Currently, the company is in expansion mode as it is currently building its second indoor farm in Canada, and selling its produce under the GoodLeaf brand. Last year, TruLeaf raised $1 million in seed capital to build a research and development facility after entering into a partnership with Canadian supermarkets.

It’s sadly fitting that the Halifax company is looking outside of Canada to close its funding, as TruLeaf says it is solving an acute problem in Canada with U.S. produce. Currently, 90 percent of Canadian produce comes from California, a region currently suffering from a record-breaking drought, and retailers often must deal with a 25-30 percent shrink rate because it takes at least eight to 10 days for produce to travel from California to the east coast of the U.S. and Canada.