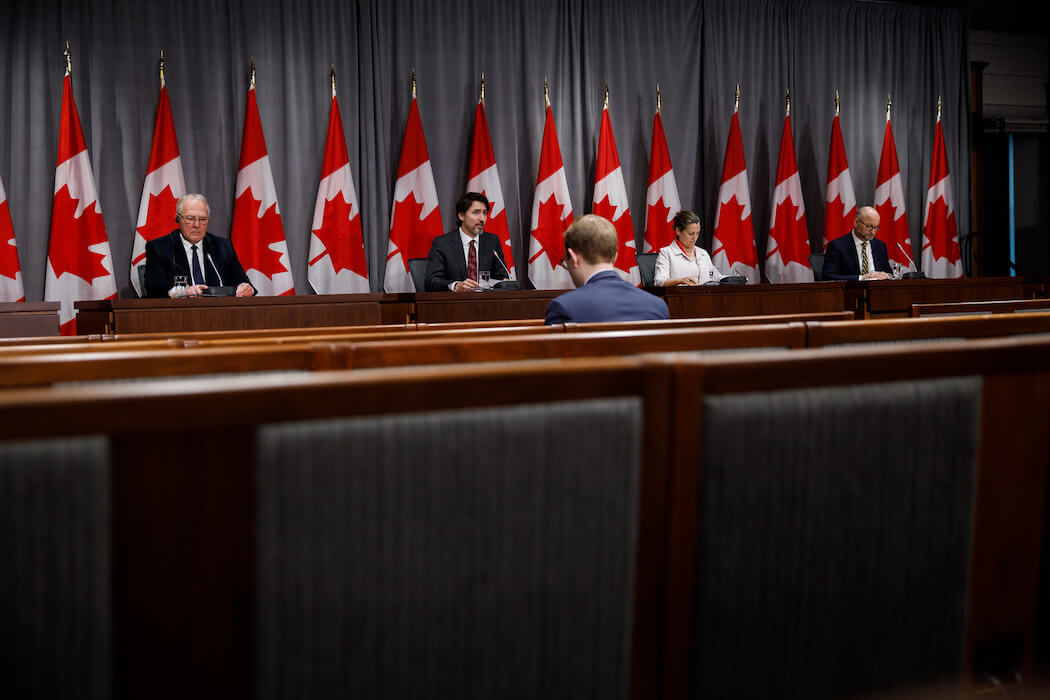 The Canadian government is committing an additional $600 million to support small-and-medium-sized businesses (SMBs) amid the ongoing concerns brought about by the second wave of the COVID-19 pandemic, BetaKit has confirmed.

Prime Minister Justin Trudeau was set to announce the $600 million at his Friday noon briefing, alongside a number of ministers, including Mélanie Joly, minister of economic development, who is responsible for the federal Regional Development Agencies (RDAs).

The funding, a government source confirmed to BetaKit, is additional capital for the Regional Relief and Recovery Fund (RRRF), to be distributed through RDAs and the Community Futures Network.

As Radio-Canada first reported, the new commitment is in addition to the $962 million that was handed out as part of RRRF in April. The federal government’s capital commitment to the RRRF now sits at more than $1.5 billion.

The government source confirmed to BetaKit that the majority of the capital, around $456 million is being allotted to RDAs, with a “significant chunk” going towards the Federal Economic Development Agency for Southern Ontario (FedDev). The exact funding breakdown for each of the six RDAs has yet to be disclosed.

The remaining $144 million of the new commitment will go towards Community Futures, a group of federal agencies placed across Canada that provide small business services in rural communities.

Since details about the RRRF program were announced in mid-May, RDAs have been handing out capital to companies and organizations supporting small businesses. Some of the investments include funding for Digital Main Street and more than $30 million for the British Columbia tech sector and small business owners in the City of Montreal.

According to Minister Joly, the RRRF has currently helped more than 12,000 businesses and protected approximately 95,000 jobs across Canada.

The additional $600 million comes as Canada is facing a surge in COVID-19 cases, which has been called the second wave of the pandemic. Joly directly attributed the decision to invest the new capital to the potential effects the second wave is going to have on businesses. “[We] know that it’s not over,” she said.

Trudeau stated his government’s intention to continue to provide support, saying, “we will be here for Canadians whatever it takes, for as long as it takes.”

The Canadian Federation of Independent Business (CFIB) has called for continued government support as businesses across the country continue to struggle and face uncertainty around the resurgence. A CFIB report from July estimated that between 55,000 (5 percent) and 218,000 (19 percent) of Canadian small businesses could be headed for permanent closure, depending on the success of recovery efforts.

The passing of the bill represented a confidence vote of Trudeau’s Liberal government after the prime minister prorogued parliament and held its Throne Speech last week.

Over the past week, Trudeau’s government has announced a number of new spending measures, including $400 million in humanitarian aid to fight COVID-19 and $10 billion through the Canada Infrastructure Bank, slotted for agriculture and climate change spending. On Friday, the prime minister also announced $50 million in support for women and children who have faced abuse amid the pandemic.

While the federal government continues to make investments, there have been no commitments on whether it plans to continue with the Canada Emergency Commercial Rent Assistance (CECRA) program, which expired at the end of September.

In response to a question about whether the government plans to help business with rent, Trudeau pointed to the RRRF as a program that provides “detailed” and “personalized” support for businesses. He noted, however, that the federal government does plan to “step up” and will have more to say on fixed costs (like rent) for businesses “in the coming days.”