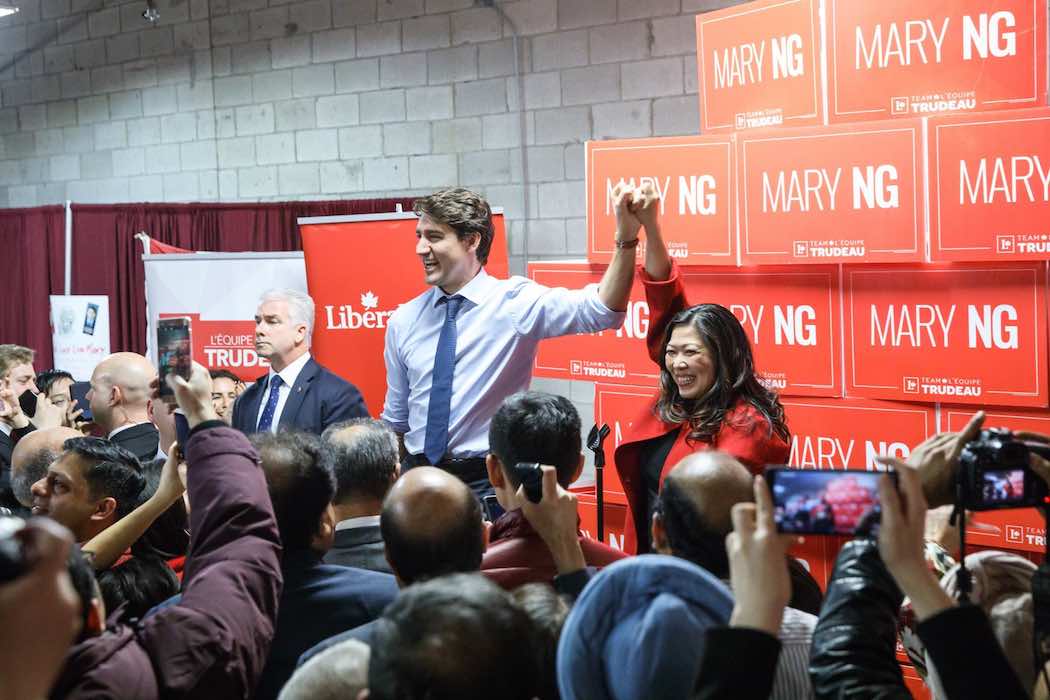 Prime Minister Justin Trudeau revealed his new cabinet on Wednesday, with seven new faces joining the mix and a number of positions shuffled around following the party’s return to parliament as a minority government.

Ministers in charge of Canada’s innovation and economic development generally stayed the same with a few slight changes to portfolios.

For the Government of Canada’s 29th cabinet, Trudeau appointed 35 ministers, with the biggest moves being Chrystia Freeland, who was named deputy prime minister and Jonathan Wilkinson taking over Catherine McKenna’s role as minister of environment and climate change. Several faces were dropped from the cabinet, including Jimm Carr, former minister of international trade diversification, who is stepping down from cabinet as he receives treatment for blood cancer, as well as Kirsty Duncan and Ginette Petitpas Taylor, who were named deputy House leader and deputy whip, respectively.

Ministers in charge of Canada’s innovation and economic development generally stayed the same with a few slight changes to portfolios.

Minister Navdeep Bains, previously in charge of innovation, science, and economic development, has maintained the majority of his portfolio, with a slight change to minister of innovation, science, and industry. Mélanie Joly has taken on the role of minister of economic development, along with managing the official languages portfolio.

It is unclear at this point exactly the extent of what the change in Bains’ title means. He was formerly in charge of Innovation, Science and Economic Development Canada (ISED), the Government of Canada department with a mandate of fostering a growing, competitive, and tech-based economy.

Joly appears to be taking over responsibility for Canada’s Regional Development Agencies (RDA), which work closely with, and provide funding for, businesses and innovators in six regions across the country. Bains was previously in charge of the RDAs, with Joly now named as minister for all six, with Bains noted as joint minister of FedNor, Northern Ontario’s RDA, according to its website.

Joyce Murray maintained her role as minister of digital government, though her portfolio as president of the treasury was given to Jean-Yves Duclos, formerly minister of families, children, and social development.

Another notable cabinet shuffle was McKenna, who was moved to minister of infrastructure and communities, having previously held the contentious file of minister of environment and climate change. It has previously been hinted that McKenna would be shifting roles following a hard election and a torrent of online abuse during her previous tenure.

In her new position, McKenna will be in charge of Infrastructure Canada, which is the lead on the government’s smart cities projects, and the federal organization in charge of Waterfront Toronto and the Canada Infrastructure Bank (CIB), which was rumoured to have previously been in talks with Sidewalk Labs about agreements for external financing.

Update: this story has been updated to note that Minister Mélanie Joly is the lead for Canada’s RDAs