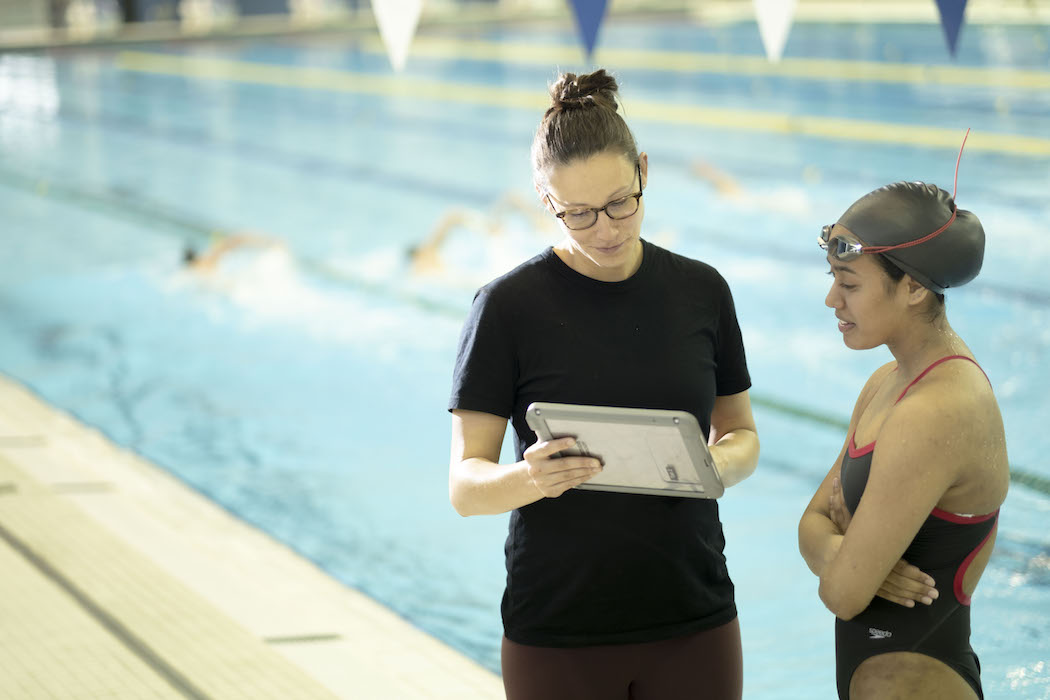 Toronto-based swim training device manufacturer TritonWear is releasing the Triton 2, its new hardware and software offering with a set of AI-enabled auto-coaching tools.

“I’m excited to see… how much further TritonWear can help us go as they continue to innovate in the sport.”

The new product was created in collaboration with various national swimming teams, including Swimming Canada, Swimming Australia, and the France Swimming Federation, among others. With its new AI integration, the company said its device now not only captures the data, but also diagnoses weaknesses and provides the insights coaches and swimmers can use to swim faster.

“Elite level teams are able to accomplish so much with their athletes because they have access to armies of sports scientists that other teams just don’t have,” said co-founder and CEO, Tristan Lehari. “At TritonWear, we’re changing that, bringing these capabilities to the everyday athlete in a very affordable way, through easy-to-use technology.”

TritonWear, founded in 2015, initially created a wearable device that tracks and collects performance data on an athlete and sends the data to a coach’s tablet. In 2016, the company was named by the Canadian Innovation Exchange on its list of the top 20 up-and-coming Canadian companies. It was also a part of CAMP Accelerator’s 2016 cohort in Beijing, China.

The company is currently a member of Waterloo-based innovation hub Communitech, and received $60,000 at Communitech’s Rev Demo Day in May 2017. That same month, TritonWear also landed a spot at Google Demo Day, which saw the company present a four-minute pitch in front of the Silicon Valley-based investors, VCs, and judges.

John Atkinson, national high-performance director of Swimming Canada, has​ been using TritonWear with his Olympic team for the past 18 months to prepare for the Tokyo 2020 Olympics. He said TritonWear enabled his team to not only visualize the team’s challenges, but also identify how to overcome them, and has been instrumental in its progress ahead of 2020.

“My swimmers and I have come to rely on TritonWear to help improve performance in both training and races,” said Alain Bernard, four-time Olympic medalist turned coach, who is based in Antibes, France. “It’s been incredible to watch this tool explode across all of France, and I’m excited to see how it impacts our performance on the international stage, and how much further TritonWear can help us go as they continue to innovate in the sport.”