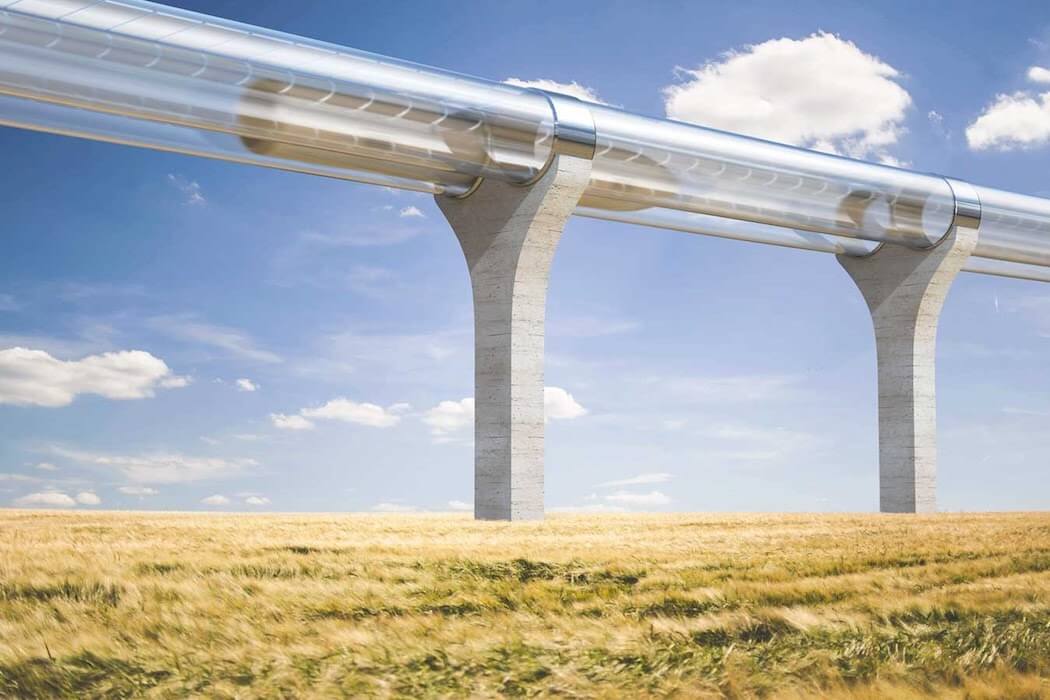 Toronto-based AutoTech startup TransPod has signed a memorandum of understanding (MOU) with the provincial government of Alberta to support the development of a high-speed Hyperloop track connecting the cities of Calgary and Edmonton.

The proposed multi-billion-dollar project would be based on TransPod’s fossil-fuel-free and fully electric Hyperloop vehicle, which is currently being developed to carry passengers and cargo between cities at a speed of over 1,000 km/h.

CEO Sebastien Gendron said the startup estimates the total cost of the project to be between $6 and $10 billion.

The MOU with the Alberta government represents the first such agreement TransPod has signed with a public body. In 2019, the startup submitted a proposal asking for a letter of support from the UCP government that committed to a full line being built between the two Alberta cities if smaller tests were successful. The province’s previous NDP government had allocated 10 kilometres of land between Calgary and Edmonton for TransPod to build a test track.

Notably, the agreement does not involve any “financial commitments or endorsements” from the province. The MOU is focused around the Alberta government helping TransPod study the feasibility of its technology in the province; this includes sharing transportation data, working with TransPod to find suitable land that can accommodate a test track, and participating in discussions with potential investors.

“Alberta’s leadership mindset and partnership with TransPod firmly places it at the cutting edge of transportation innovation,” said Sebastien Gendron, co-founder and CEO of TransPod. “Through this strategic agreement, that secures the province’s economic future without having to commit any taxpayer dollars, the government of Alberta is investing in improving growth and quality of life in the region.”

A Hyperloop is a proposed mode of transportation that involves a sealed tube with low air pressure through which a pod can travel free of air resistance or friction. Tesla CEO Elon Musk first publicly discussed Hyperloop in 2012, sharing an early concept involving reduced-pressure tubes in which pressurized capsules ride on air bearings driven by a system of motors and compressors.

Rendering of a TransPod Hyperloop ‘pod.’

Alberta’s Minister of Transportation Ric McIver told BetaKit that when TransPod reached out to the Alberta government he found the idea intriguing.

“The TransPod folks came to see me and basically said they’re interested in not just talking about a TransPod but actually building one,” said McIver. “It’s a new technology, and part of our government’s goal is to make a place where new technologies are welcome.”

According to the Alberta Innovation Corridor, a group made up of several Alberta innovation organizations, 90 percent of the province’s tech talent and companies are located in Calgary and Edmonton.​ Gendron called the innovation corridor between Calgary and Edmonton a good place for a hyperloop as the track would be located within one province between cities with similar geography.

Founded in 2015 in Toronto, TransPod is developing its own Hyperloop technology, which the startup claims can significantly reduce the cost of development, increase reliability, and improve the operational performance of a Hyperloop transit system. The Hyperloop would be powered by solar and electric energy. TransPod’s technology is hoped to reduce the need for short-haul flights, therefore reducing carbon emissions.

TransPod is not alone in its pursuit of making Hyperloop a reality, with the Canadian startup coming up against the likes of Virgin Hyperloop, which touts itself as “the only company in the world that has successfully tested hyperloop technology at scale.” Virgin Hyperloop has ongoing projects in the United States, Europe, Saudia Arabia, Dubai, and India.

After raising a $20 million CAD seed round in 2016, TransPod opened offices in Canada and France. In early 2019, the startup announced plans to build a three-kilometre track in France to research and test its technology. The test track is currently under construction, though Gendron told BetaKit the COVID-19 pandemic has caused delays. Currently half of TransPod’s 15-person team works out of the test location in France. TransPod also has an R&D centre in Italy. Gendron told BetaKit that last year the European Union approved €30 million in subsidies for the startup, which it uses for R&D activities at its two European locations.

Since announcing the France track, the startup has also expressed interest in building tracks from Toronto to Windsor and Toronto to Montreal. TransPod has submitted proposals to the Government of Ontario and told BetaKit it is expecting to hear from the provincial body regarding the tracks. The startup also has proposals in other jurisdictions in Europe and the US. Gendron said he expects the MOU with Alberta to accelerate those decisions.

The concept of a Hyperloop transit system has been described by some as implausible, given the high costs of installation. Musk has estimated a California Hyperloop would cost $17 million USD per mile. Nicholas McLean, an engineer at the University of Queensland, argued the cost of the system would be roughly 10 times larger than Musk’s initial prediction.

Rendering of what a TransPod Hyperloop system could look like in Toronto.

According to TransPod’s feasibility study on a potential track connecting Toronto and Windsor, Ont., released in April 2019, the cost to build a TransPod hyperloop line would be 50 percent less than the projected cost of a high-speed railway. Approximately 80 percent of the technology needed for a Hyperloop track already exists, Gendron said, noting that it is based on innovations in the aerospace and railway industries.

TransPod estimates the total cost of the Calgary, Edmonton project to be between $6 and $10 billion. Rather than relying on public money, TransPod plans to raise the financing for the project from large, institutional investors. Gendron said the startup has been in discussion with Canada’s major pension funds such as OMERS, and financial institutions such as SoftBank, on securing investment. TransPod is hoping to secure its first investment within 12 months.

“People sometimes have a hard time believing that something can work until it’s actually in front of their eyes,” Gendron said. The CEO called Alberta’s support a step in the right direction to convincing those who were skeptical of the technology.

Another step in that direction includes a newly formed joint committee created by a group of European countries in February of this year. The initiative, called JTC 20, is touted as the first collaboration of its sort and is tasked with creating international standards of a Hyperloop transportation system. TransPod was among four Hyperloop companies chosen to participate.

This MOU represents the first such agreement TransPod has signed with a public body.

In March 2019, Transport Canada commissioned its own study into the Hyperloop to better understand the technical, operational, economic, safety, and regulatory aspects of the technology. The results of that study have yet to be released. Ryan Janzen, co-founder and CTO of TransPod said the startup’s goal is to position Canada at a similar level of leadership in high-speed transportation as was achieved in the space race.

The race towards Hyperloop appears to be on, with the US House of Representatives passing multiple provisions in July and directing a technical group to provide a clear regulatory framework for the safe deployment of Hyperloop within six months.

“We always said that Canada likes to be the first to be second, and we’re making a point that this is a wrong statement,” Grendon told BetaKit. “Canada can be first in new technology developments. We’ve done that in the past, and we can do it again.”

The timeline for development of the Alberta Hyperloop is set to be rolled out by TransPod in four phases. The first phase will be a two-year feasibility study from 2020 to 2022, with a research and development phase from 2020 to 2024. The construction of a test track would then begin between 2022 and 2027. TransPod told BetaKit it is hoping to begin the construction of a full intercity line between Edmonton and Calgary in 2025.

“I think with any new technology, there’s an element of making it up as you go along,” Minister McIver noted to BetaKit. “On the other hand, [we plan to] use the things that we’ve learned over the years through regulation on railroads, buses, and public transit… so there will be an element of using the knowledge we have from the technologies that are in place.”

Anthony Lacavera, founder of Globalive Capital and Wind Mobile, announced the launch of Globalive Technology Partners, which will support companies working with blockchain. The…