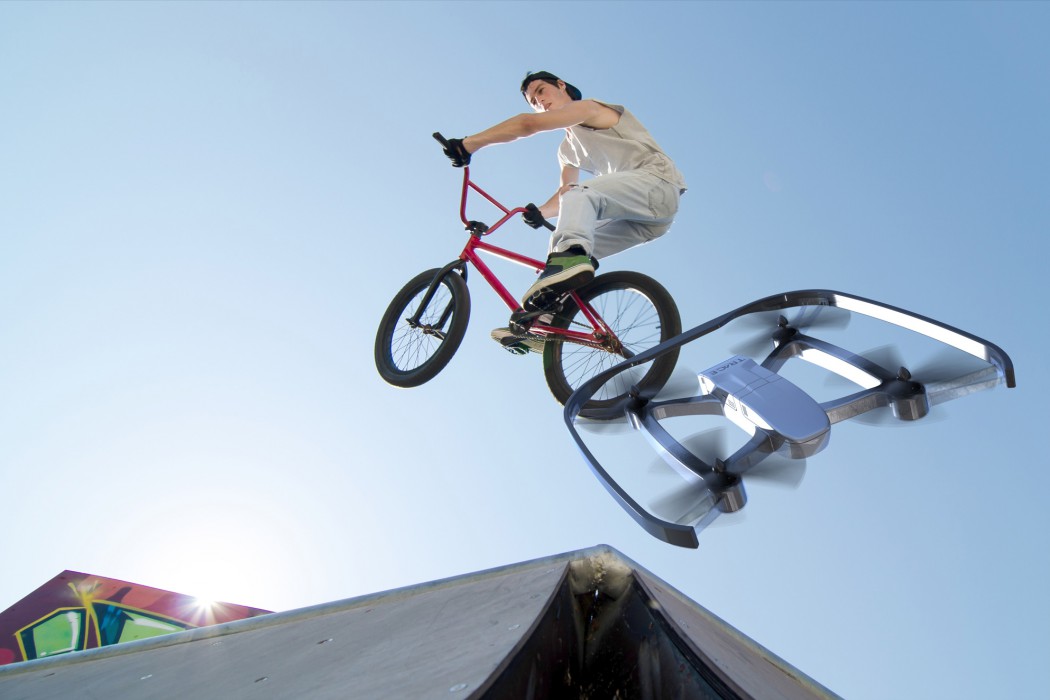 Consumers using TRACE drones will now be able to broadcast directly onto the Hang w/ platform.

“The uses for this technological mashup are astounding,” said Andrew Maltin, Hang w/ CEO. “From surfers to hikers to soccer players to parents who want to keep an eye on their kids in the backyard — we are ushering in a new age of live-streaming connectivity and I know our users are going to love it.”

Drone users will be able to livestream to the Hang w/ platform using a number of products, including The TRACE FLYr, an auto-follow drone designed for aerial video capture, and TRACE’s FOLLOWr, a 360-degree rotating tripod gimbal. Other TRACE auto-follow devices in development include a rugged ATV style car for ground-based capture as well as a submersible for underwater video creation.

“TRACE is positioning to take live-streamed content creation to an entirely new level through allowing users to be fully in the moment as their action is captured and live-streamed completely autonomously,” said Cameron Chell, Co-founder of TRACE. “We chose Hang w/ as one of our partners because of their powerful live broadcasting tools and extensive network of users who will now be able to Hang with each other in a whole new way.”

Collision has revealed the schedule and lineup of speakers for April’s event, which is set to be the second consecutive year Collision will be…