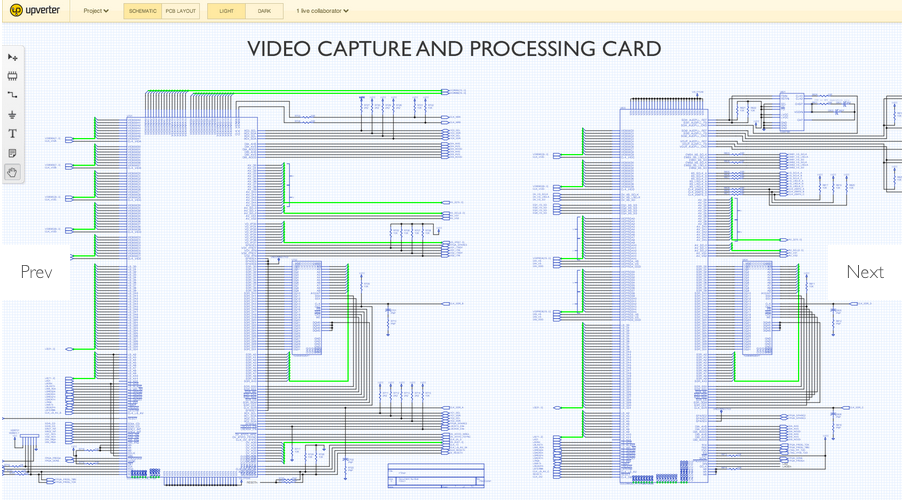 The company will use the money for growth as it pursues the status of a profitable business.

Originally it was a cloud-based engineering tool for these hardware designers, but the company “evolved considerably”, wrote Techcrunch’s Darryl Etherington, and began earning revenue from from enterprise clients seeking access to its cloud-based tools.

“Over the summer, we really started to double down on what needed to exist to take the Upverter platform from this hobbyist hacker with open source tool, to this real-deal professional design suite to compete with the big boys, or to become complementary to them,” CEO Zak Homuth told Etherington.

Homuth told Techcrunch that people “use some other $100,000 design tool to do the design, because they’ve been doing it that way for thirty years. But the pain that those companies are feeling is that they still can’t communicate and collaborate within those $100,000 tools, so we’re acting as a sort of a bridge between the new and old ways of working.”

This trend of bringing previously silo’d, offline design and building software seems to be a trend; this past summer I wrote about Montreal’s Plot.ly, a startup doing the same thing as Upverter in terms of bringing software online for real-time collaboration. Plot.ly, however, focuses on allowing users to create professional graphs.

According to Etherington, Upverter will now focus on building out its compatibility with legacy platforms and formats, refining and improving its design tools, and offering up more custom solutions for big enterprise clients.