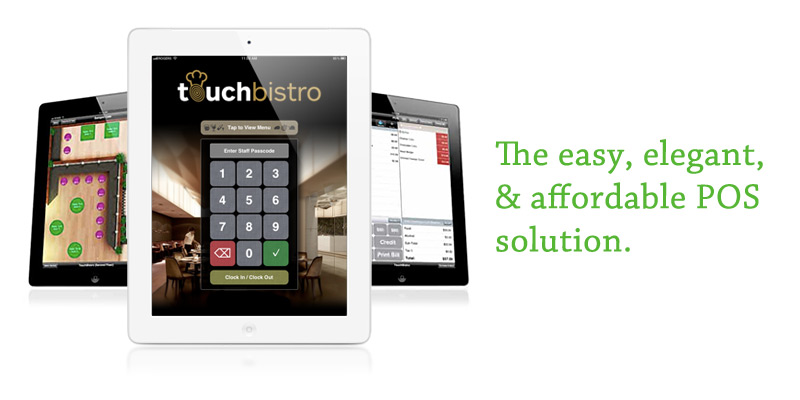 Toronto-based startup TouchBistro has raised $4.5 million in venture capital from several sources. The round was led by Relay Ventures and partner John Albright is joining the TouchBistro board of directors.

TouchBistro will use the funding to expand its sales team from 5 to 20 people, beef up its presence in New York, and to open a San Francisco office. Moreover, CEO Alex Barrotti told us that the team plans to translate its product into Spanish, Portuguese, Italian and French.

“In a very short period of time, TouchBistro has become the go-to app for restaurants,” said Barrotti. “This injection of funding will enable us to target new opportunities to grow our customer base.”

Servers use the TouchBistro iPad app to take tableside customer orders, eliminates the need for servers to enter a customer’s order into a separate, distant and often crowded terminal full of other servers. The company claims errors go down and speed goes up.

Originally launched on the first iPad in 2011, Barrotti told BetaKit that the idea came while he was living the easy life in the Caribbean. He sold his previous company called INEX Corporation, and was living in the Turks and Caicos when a friend running a restaurant expressed a desire to have servers taking customer’s orders remotely and wirelessly. “You’re a software guy, right?” he asked Barrotti.

“The iPad one hits and I thought, jesus, it would be a perfect tool, a device to take orders and send them inside,” he said “It wasn’t really when the two came out that all the SDKs that we needed for payment processing and printing came into their own and that’s where it came from.”

He came back to Toronto, built up a development team, and the rest is history. In December 2011 it had 35 restaurants using TouchBistro technology, 535 restaurants 12 months later and today the company works with over 1200.

Its clients are beverage operations of all sizes, from food trucks and small family-owned restaurants to national food chains. Since launching two years ago in the iTunes App Store, TouchBistro consistently ranks as the top grossing food and beverage app in 22 countries.

“We’ve seen the impact of mobile technology on so many different markets – from retail and education to healthcare – and now the restaurant industry can also use it as a platform to increase revenues and deliver an even greater level of customer service,” says Albright. “With more than 600,000 restaurants in the U.S. alone, the opportunity for TouchBistro is significant.”

Victoria-based Plurilock Security Solutions (Plurilock), which provides behavioural-biometric cybersecurity tools, announced that it has surpassed $1 million in revenue in the midst of launching…