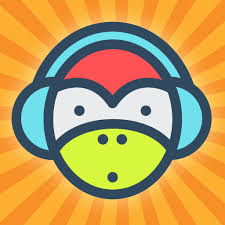 Toronto-based music startup SongFreaks updated its iOS app this week, and it see’s the app as one that will “change the game”.

Founded in 2011 by a trio of music lovers, SongFreaks‘ latest update allows users to access millions of sets of syncrhonized lyrics on YouTube videos of corresponding songs. Prior to the update, SongFreaks mainly acted as a provider of lyrics, artist information and provided a built-in music player. Now, its users can stream unlimited YouTube music videos with the accompanying lyrics.

I’m not sure how long it took them to do this, but I’d imagine it wasn’t exactly a “Sunday skate” at the local rink.

It was the startup’s user base who urged it to roll out the function. “Adding YouTube videos has been the by far the biggest feature that our users have asked for, and we’re happy to be able to finally give them virtually unlimited access to their favourite music with this update,” said founder Alex Curelea. “For music lovers, lyrics are great on their own, but they’re a million times better with the song to go with them.”

Users simply search for a song, press the red play button next to the track title, and the video plays in the SongFreaks player. They can choose how to display the lyrics via fullscreen, displayed only at the bottom, none at all if they enjoy watching the video. Most songs also boast “LyricStream”, SongFreaks’ technology that scrolls the lyrics line by line in time with the song.

Aside from being a music player, SongFreaks also acts as a sort of musical encyclopedia, with thousands of artist bios, discographies, charts, and comments from other die-hard fans to browse through. “SongFreaks aims to be an app where users can not only listen to their favourite artists and view lyrics, but discover new favourites, connect with other fans and immerse themselves in the love of music that all SongFreaks share,” said Curelea.

SongFreaks officially launched at SXSW in Austin, Texas in March 2012, with its iPhone and Android applications following
soon after. In October 2012 SongFreaks announced a fully integrated SongFreaks application for Winamp.