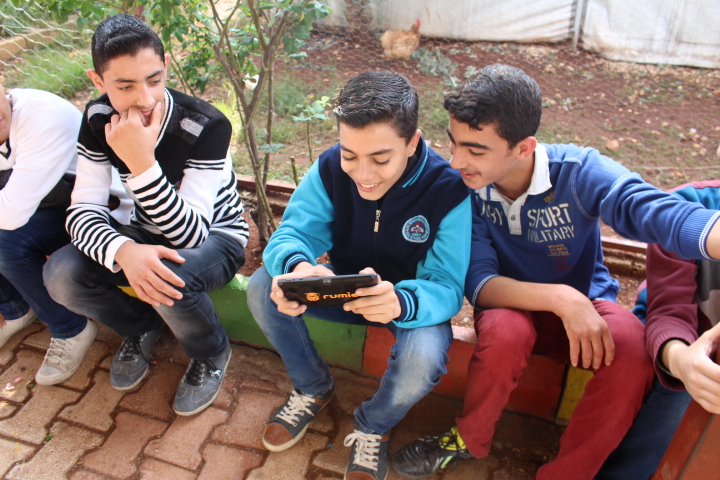 We’re in the midst of the worst refugee crisis since World War II. According to Amnesty International, more than 50 percent of Syria’s population is displaced, and 95 percent of refugees are in just five surrounding countries. Living in such turmoil, things like education take a back seat to survival.

Rumie, a Toronto-based startup and non-profit dedicated to giving children access to education through low-cost tablets, is doing its part to help. The company has launched its Learn Syria initiative dedicated to helping Syrian children in refugee camps access much-needed education. The initiative invites anyone to help in three ways: people can add relevant topics to Rumie’s LearnCloud, which gives children and teachers the tools they need to teach relevant subjects; they can donate money to help Rumie’s tablets reach these children; and of course, spread the word.

The initiative came about after Rumie founder Tariq Fancy had already started a project for refugees, and after seeing positive results, realized he had to start a larger online initiative. Currently, Rumie is working with a partner at the Turkish border, and is looking to expand to Lebanon and Jordan.

“A Rumie device today can hold over 32,000 digital books, and is cheaply powered via solar or other power sources; essentially, it’s a library for the cost of a book,” said Fancy. “The early results of the Syrian project were so good and the benefits so widespread, including things we never expected, such as impact on a child’s mental health, sense of entrepreneurship, and overall interest in learning, that we realized that we needed to mobilize an online movement to help grow it.”

As any person can help collect valuable resources, Fancy said that all content is vetted for quality. The subjects that are available to students include math, science, English, geography, Turkish, Arabic, website design, and vocational subjects like agriculture and graphic design. As children learn, Fancy said that having a Rumie tablet gives children a sense of ownership over their education as they can learn on their own time and fill in the gaps of education time lost to the crisis.

“The world needs to avoid a lost generation of Syrian children — a generation that grew up amidst war and in refugee camps and didn’t receive the educational tools that will allow them to eventually rebuild their country and live productive and happy lives,” said Fancy. “Money alone won’t solve this problem – there’s never enough – and so our goal is bring creative innovation to bear on this global problem.”

A new report examining the state of FinTech across the globe suggests that while FinTech investment is in a fairly healthy state, public market…