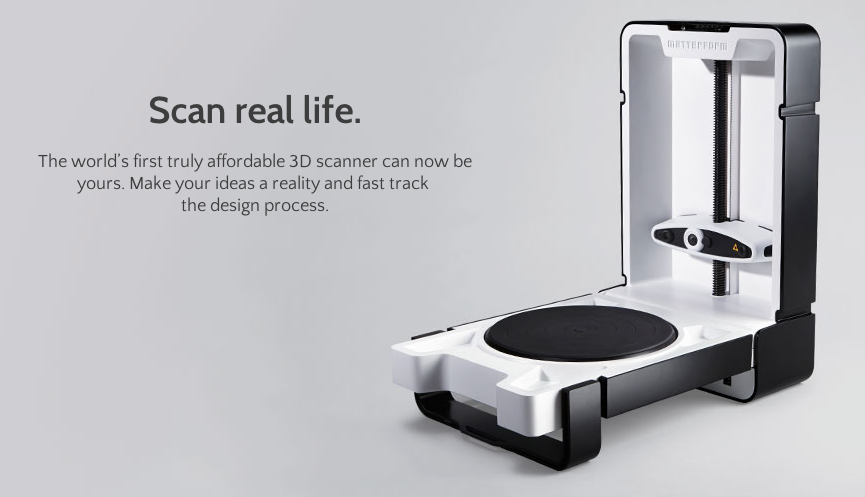 In Spring 2013 Toronto’s 3D Scanning company, Matterform, became the one of the largest non-US Indiegogo campaigns when they raised nearly $500,000. Their goal was $81,000.

Today the company is announcing that they’ll unveil their affordable, high resolution 3D scanner at CES 2014 in January. Later on in February the product will actually be released. CES is the world’s gathering place for all who thrive on the business of consumer technologies. Held in Las Vegas every year, it has served as the proving ground for innovators and breakthrough technologies for more than 40 years.

Matterform, meanwhile, will give designers, small businesses, makers, hobbyists and creative families the ability to capture and manipulate physical objects and share the resulting 3D images right from their studio, office, and home.

“We thought it would be popular with the hacker/maker crowd,” said cofounder Adam Brandejs, “but the applications are much broader than that. We’ve had interest from designers, artists, archeologists, dentists and even parents who want to scan their kids’ artwork.”

Invented by friends Drew Cox and Adam Brandejs, who are designers and programmers with advertising backgrounds. The pair wanted a professional, high-resolution 3D scanner that they could afford but couldn’t find anything suitable and decided to make one. Bringing on a third team member, Trevor Townsend, they launched one of the most successful Indiegogo campaigns ever.

The Matterform 3D Scanner is easy to use right out of the box and is capable of colour scans rivaling those produced by much more expensive and harder-to-use 3D scanners. It works with any 3D printer or  online printing service, and allows users to scan solid items to create intricate, high-resolution, 3D representations in as little as five minutes.  At the heart of the Matterform’s technology is a high-definition camera that produces detailed colour scans at resolution qualities that match or top what the more expensive scanners can achieve. The 3D printer costs $579, which is a lot cheaper than what’s currently offered.

After experiencing dissatisfaction in her life and career, Cortney McDermott climbed out from her personal rock bottom to create a world in which the…