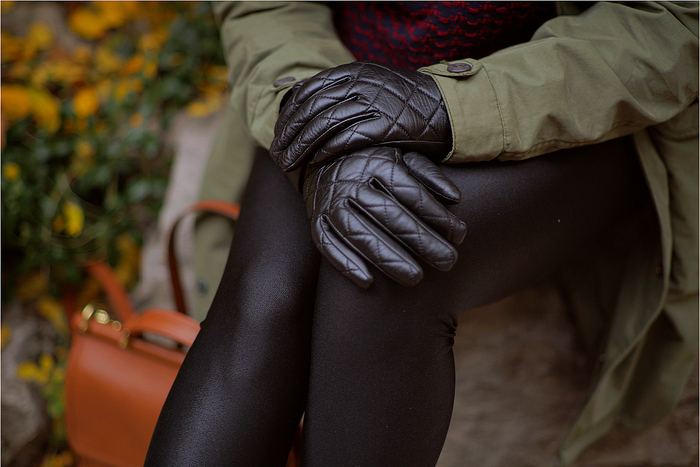 When its really cold out and we don’t feel like taking our winter gloves off before swiping at our iPhones or tablets, most of the time we fail. I know I do.

One clever Toronto-based startup realized that the plight of so many cold-weather inhabitants can translate into a decent product and business opportunity. AEON Attire and CEO Patrick Lum are creating a pair of “leather gloves as smart as your phone”. When used on tablets and smartphones, the gloves offer complete control of all touchscreen devices seamlessly and stylishly, every time.

There’s still 17 days left in the Kickstarter project and AEON Attire’s Touchpoint Gloves has raised over $6,500. Thats nearly triple the funding goal of $7,500. $2,500 isn’t much to ask, but it’s always impressive to see such a product resonate with so many people willing to spend. For a pledge of $65 dollars, backers can get a pair of the gloves.

I teamed up with leathersmiths and designers who had been working in the leather goods industry for over the past 8 years,” wrote Lum. “The result was a new glove line that we developed to be one of the most comfortable, exceptionally designed, and amazingly functional leather gloves to date.”

Lum  co-founded AEON Attire in 2012, a fashion design firm specializing in unisex accessories “that exist in the beautiful space between fashion and function.” AEON has spread to 30 retailers in Canada and the US since its launch.

Latest Canadian stats reveal $5.8B in government funding and $900M in venture capital investments in first half of 2014

A new report by The Funding Portal reveals new data on the amount of funding Canadian startups have received. The stats show that there…