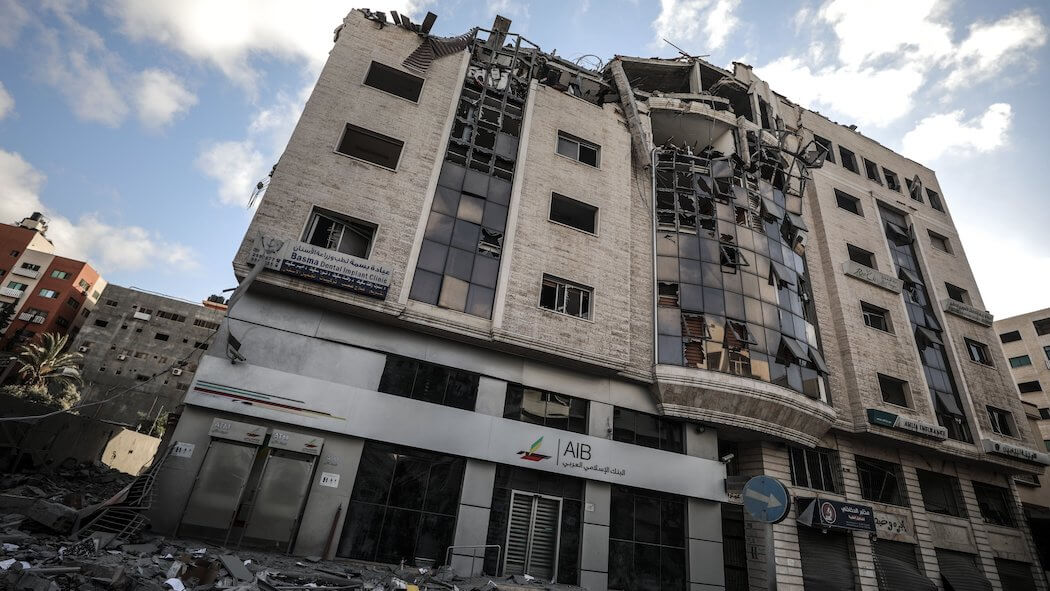 The Gaza team of Toronto-based startup Open Screenplay is determined to continue work following the destruction of their office by a recent Israeli airstrike.

The Gaza office building housing the team of nine developers from Open Screenplay was destroyed in mid-May on the 10th day of deadly airstrike attacks on the city. Four people died in the attack, but the Open Screenplay team escaped injury having made the decision to work remotely following an intensification of violence and unrest in the region on May 7. The building also housed a bank, charities, and other companies.

“They inspire me every day in their resilience and their hard work and their determination.”
– Khaled Sabawi, founder of Open Screenplay

While headquartered in Canada, the majority of Open Screenplay’s team of 16 works from Gaza, with the rest split between the company’s Toronto office and the United States. Open Screenplay created its Gaza office in 2018, hiring its nine developers through Gaza Sky Geeks, a major tech hub in the region and a joint-venture of humanitarian agency Mercy Corps and Google for Startups. Other organizations involved in the hub include Techstars, GitHub, Salesforce, and Amazon Web Services, as well as the governments of Canada, Sweden, and the Netherlands.

“They inspire me every day in their resilience and their hard work and their determination,” Khaled Sabawi, founder and CEO of Open Screenplay, told BetaKit. “[Our Gaza team] never stopped a day of work.”

“They wanted to show that no matter … what kind of oppression … [they are] subjugated with, it’s not going to stop them from doing what they love and doing what they do,” Sabawi continued. “So honestly, they literally inspire me every time, I’m really in awe of their resilience and their hard work and determination. As a CEO, you couldn’t ask for a better team.”

Open Screenplay provides an online platform and marketplace that helps connect diverse writers with businesses looking for original story concepts or screenplays. The platform was launched in 2019 and has garnered more than 20,000 writers. The company has worked with the likes of RBC and counts award-winning and Golden Globe-nominated producers and writers on its advisory board, including Sandy Climan, head of Entertainment Media Ventures, and Jason Reed, former executive VP at Walt Disney Studios.

Sabawi, a Palestinian-Canadian entrepreneur, came to Canada as a refugee at the age of three, alongside his parents. The CEO told BetaKit that it was his father who instilled in him principles of inclusion, diversity, and social responsibility, ultimately leading him to found a startup focused on creating opportunities for diverse voices.

Sabawi said the focus on social responsibility was also part of the motivation for opening the Gaza office, noting a desire to create more tech roles for a population that features 60 percent under the age of 24.

“The spirit behind Open Screenplay is a team of people across Canada, the United States, and Gaza to come together globally and internationally to help new voices emerge and help make sure that the stories that we see online represent the beautifully diverse world that we live in,” said Sabawi. “What happened to us is a little setback, but we are going to come out of it strong.”