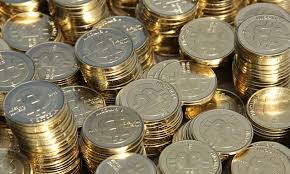 A Bitcoin hackathon is coming to Toronto. Yep, you heard it right.

The Global Bitcoin Hackathon Network is an organization that hosts “Bithack”, a worldwide hackathon with the goal of growing the Bitcoin and cryptocurrency ecosystem. Toronto’s will take place from April 25-26 at The Working Group at 425 Adelaide St. W. The Working Group is a web and mobile application development shop.

“With an increasing number of talented entrepreneurs hoping to capitalize on Bitcoin’s popularity, Bithack brings them together to launch new projects, pitch ideas and showcase their work with the goal of growing the Bitcoin and cryptocurrency ecosystem,” wrote organizer Holly Knowlman, of The Working Group.

Attendees can come as individuals looking to start new projects or as existing teams interested in sharing their projects. The organizers are calling it “the place to go to meet passionate Bitcoin developers, investors, entrepreneurs, and miners.”

All cryptocurrency forms and “future of money ideas” are welcome (although to be honest, Bitcoin is the only cryptocurrency I’m aware of). Much like a Startup Weekend, the format of the Bithack will commence with pitches around existing ideas or new ideas. Teams will then form and begin hacking on their project for the duration of the event, building prototypes to showcase to a panel of judges.

“The unknown can sometimes be frightening or misunderstood,” said Dom Bortolussi, a partner at The Working Group. “We’re excited to shed some light on what Bitcoin is as well as what it could become, by inviting people to join us and learn by doing – which is really what hacking is all about.”

Coffee, food and t-shirts are included for all attendees. Those Bitcoin enthusiasts interested in joining the hackathon can register at http://www.bithack.co/toronto/.

The only catch? “Please not another Coinye! But if you need to create Kimcoin, then so be it!” wrote the organizers.

Willful, which provides online will and estate planning, has raised $800,000 in seed financing. The round was led by Montreal-based venture capital firm Tactico,…