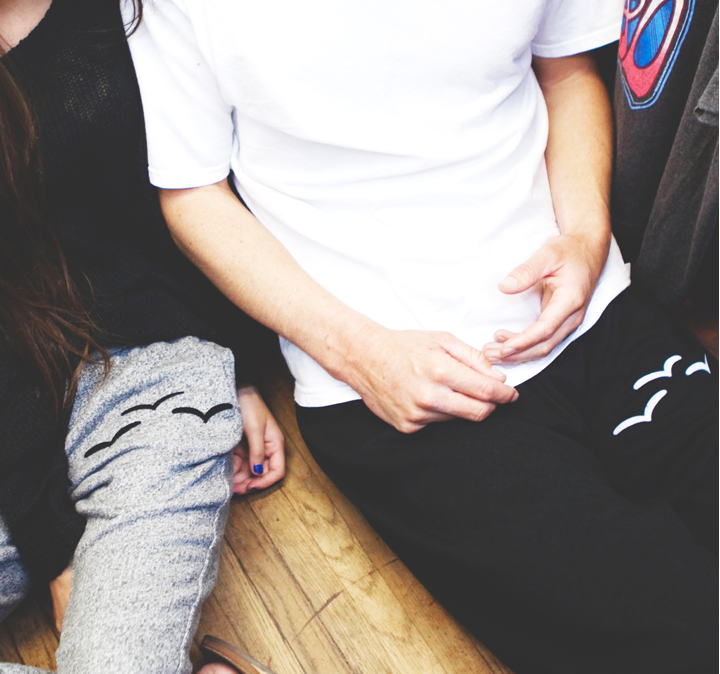 Everybody likes a good pair of sweatpants. From a lazy Sunday afternoon to an autumn stroll in the park, there are few items in one’s wardrobe that can compare to the comfort and warmth of a good pair of sweats. That’s what inspired Adam Bledin to start his own line of designer sweatpants, Lazypants, with no specific occasion or purpose for the product in mind.

While the Toronto-based company has been experiencing explosive success in its first year on the market, the idea was born out of Bledin’s now defunct denim brand, Rebus Premium Denim.

“Two years ago I did a denim line, and the sweatpants were just a throw-in product,” he said. “It’s like making a dinner and then throwing in a salad. So I threw in the Lazypants, and the Lazypants took off while the denim didn’t.”

Since that setback two years ago Lazypants have moved from appetizer to entre, averaging 300 per cent growth on a month-to-month basis for the last 12 months, and finding its way into major retail chains across Canada and the United States.

Today you can find Lazypants in Holt Renfrew, TNT, and Sporting Life, among others. The brand is also sold at California’s high-end retailer Kitson.

There are also a number of celebrities cozying up with their own pair of Lazypants, such as Demi Moore, Mila Kunis, Martin Short, Ivanka Trump, and Billy Baldwin have purchased some of the lazy attire.

“No matter who you are, everybody can relate to Lazypants,” says Bledin. “I’m just happy that people enjoy Lazypants and enjoy what we’re trying to do here. Celebrities are great for marketing, but they’re also just regular people.”

Bledin also offers a specialty children’s line of Lazypants called Lazykids, sold exclusively through Kitson in the United States and his website, shoplazypants.com in Canada.

The company is also experimenting with new styles, colours, and fabrics, in an attempt to revolutionize the way we think about our sweats.

“We found this indigo dyed raw French fleece,” said Bledin, adding that he’s spent some time trying to figure out the best way to maximize the rare fabric’s potential. “We’re trying to figure out a way to market that the way raw denim was marketed, so we really need to make sure it’s really the exact style. I think I might have gotten there, but it’s a secret.”

Bledin adds that the secret will be revealed next year. While Lazypants is currently produced in Istanbul, Bledin hopes to move production to Canada in the near future, starting with his new raw-denim inspired sweats.

But while sweatpants and sweatshirts might carry the company for another year or two, Bledin knows he needs to expand from a product to a line soon, one that includes shirts, jackets, and others.

The comfortable and stylish sweats are also made with a greater cause in mind. Each one of Bledin’s products has the initials NB engraved into the back tag, in reference to Bledin’s mother Niki, who suffers from ovarian cancer.

“It’s my dedication to the person who stood by me my whole life and made this happen,” said Bledin, adding that the company donates to a number of organizations focused on fighting cancer.

“I think every fashion company that’s making money or even generating money can find some way to do their part, because margins are generally good.”