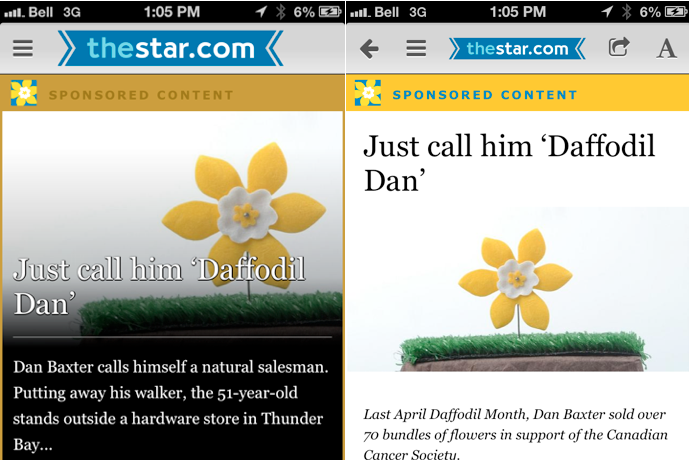 Toronto-based Polar – formerly known as Polar Mobile – has been working hard on their business for years. Founded in 2007 by CEO Kunal Gupta, Polar has shifted away from the limitations of offering just mobile solutions and into an organized advertising play.

Polar rose to fame by assisting organizations to deploy their mobile apps on various platforms such as iOS, Android, BlackBerry and Windows Phone. Some of the brands they help create on mobile are Sports illustrated, Food Network, CNN Money, WWF, Globe and Deliotte. Last year, the company received a $6-million investment from Toronto’s Georgian Partners and launched ‘MediaEverywhere’ – a platform that assisted brands to track and monetize their mobile sites and apps.

Today, Polar has not only rebranded, but has launched the next phase in their plan called ‘MediaVoice.’ The official description of MediaVoice is that it’s a platform that “enables publishers to easily present, create, serve, and report native advertising experiences across their desktop, tablet, and smartphone websites.” You’re probably familiar with ‘native advertising’ as it’s commonly referred to as sponsored ads. You’ve seen these on Twitter, Facebook, and now we’ll see them possibly hit most of Polar’s customers. Apparently the list of early adopters are The Globe and Mail, Toronto Star, Financial Post, St. Joseph Media, Fight Network and Blue Ant Media.

Publishers can choose from a collection of ‘pre-built’ content, including a sponsored story, sponsored video, sponsored photo gallery, and sponsored outbound content. All this seamlessly integrates into the design of the publishers app/website.

Gupta stated that “Digital monetization is our industry’s top challenge, with mobile now representing over 40% of digital traffic — however less than 5% of digital revenue. Consumers are not engaging with display and mobile advertising today, and as a result marketers are not allocating budgets towards mobile. We think the banner is dead and are working to ensure that native advertising becomes a critical part of any company’s marketing mix.”

Startups in Toronto and Montreal have been making positive moves in the past week. Here is the latest in product launches, partnerships, and company…