With monthly recurring revenue streams and potential subscriber lock in’s, the 13 billion dollar home security space has been dominated by companies like ADT for ages. Owning over 25% of the market, there’s a reason we see so many ADT van’s driving around the city every day.

As innovation within the home security space has become stagnated,   start-ups like Toronto based Alertly have taken a fresh approach to resuscitate the industry. By providing consumers with their own personal alarm system for their houses, offices, and cars, Alertly allows consumers to monitor their valuables from a mobile devices or on the web.

Alertly, which allows you to add glass break detectors on your car windows, or set up motion sensors around your house, will send an SMS message to your phone when something goes wrong.  For a very minimal hardware cost to get started, consumers can have a fully functioning security system with the freedom of customization.  If you want Alertly to bark like a dog when a motion detector is triggered in your house, it can do that too.

Based out of the INcubes summer cohort, the founder of Alertly, Jean-Luc David, was on his way to TC Disrupt 2012 when he stumbled onto the idea.  Knowing someone who recently had their electronics stolen from their car, Jean-Luc felt there had to be a better way to keep your valuables secure.  Over the weekend long hackathon, the team combined Rasberry Pi, Ninja Blocks, and Twilio to build the beta version of Alertly. Coming in at a fraction of the price while providing an enormous amount of customization compared to the traditional home security offerings, Alertly immediately started to grab people’s attention at the event.

In Canada, when we see a lucrative subscription based market, the local telecoms usually have some type of presence.  Rogers, which has been expanding into the home security market, launched their Smart Home Monitoring service across Ontario in 2011. With night vision cameras and small appliance control’s to start your coffee machine before you get home, the amount of options and additional monthly fees seem to be endless.  On the flip side, Bell entered the home security market back in 2007 with their Home Monitoring Service.  Giving people the ability to verify the safety of their home over the Internet or using their mobile phone in 2007 might have been a bit ahead of the curve as they chose to cancel the program after just under a year of being in service.

Looking into the future, Alertly is also trying to follow in Nest’s footsteps. By learning your daily patterns, the always-on device doesn’t need to be armed or disarmed. Once the device understands your typical activities, you will only receive an alert when an anomaly takes place.

With the success of other home security pioneers like Canary, which recently crossed over the $1,000,000 threshold on their indeigogo campaign, it seems that people are finally ready for an alternative to the current home security model which pre-dates the Internet. 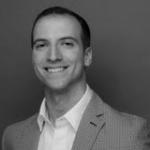