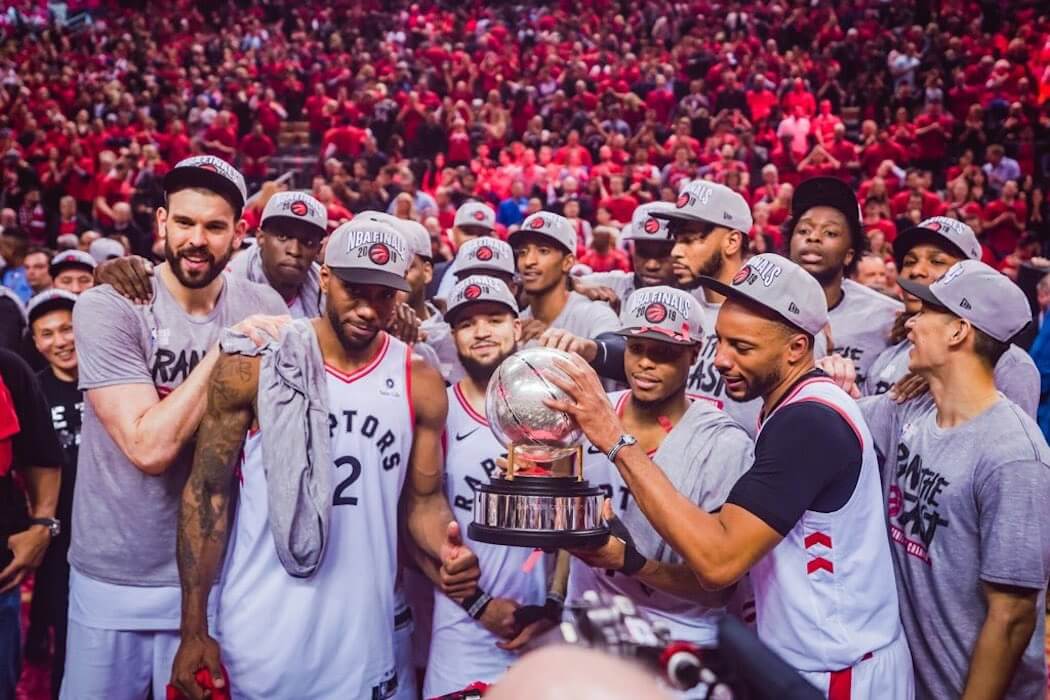 To celebrate the upcoming NBA Finals between the Toronto Raptors and the Golden State Warriors, two tech organizations, one Toronto-based and the other based in San Francisco, have launched an ecosystem bet for charity.

“We believe that Toronto’s technology ecosystem is ready to dream bigger, and the Raptors are showing us exactly how to do that.”

TechTO, an events and community organization for Toronto’s tech ecosystem, and sf.citi, also known as the San Francisco Citizens Initiative for Technology and Innovation, have launched #TechBet, a friendly playoffs bet between the two tech hubs. Each organization is putting up the first $10,000 for their respective cities, and they are challenging local tech communities to raise the stakes to $100,000.

“We believe that Toronto’s technology ecosystem is ready to dream bigger, and the Raptors are showing us exactly how to do that,” said Alex Norman, co-founder of TechTO. “This tech bet between sf.citi and TechTO is how we’re helping inspire the community to do just that.”

If the Toronto Raptors triumph, all pledges will go to Canada Learning Code, an organization that teaches digital skills across Canada, particularly women, girls, people with disabilities, and Indigenous youth. If the Warriors win, the pledges will go to Circle the Schools, an organization that helps advance student skills in literacy in elementary school, STEAM in middle school, and college and career readiness in high school.

Several prominent technology leaders across each hub have already committed. Toronto-based Clearbanc has entered the stakes, placing a bet on the Raptors, despite having been founded in San Francisco.

“Team Clearbanc are Raptors fans through and through and we’re happy to support this friendly Tech Bet between our two cities,” said Andrew D’Souza, co-founder of Clearbanc. “We started the company in San Francisco, but moved back to Toronto soon after the company was founded because we knew the potential this city had. The Bay Area has had its dynasty for a while, but it’s time to pass the torch to Toronto, both in basketball and in tech.”

Ron Conway, founder of sf.citi, and an early backer of Google, Facebook, and Twitter, had a different opinion on the outcome of the Tech Bet.

“I love how the tech bet brings together sf.citi’s tech community in the Bay Area and TechTO’s tech community in Toronto to celebrate this historic playoff moment and support programs building our future tech leaders,” said Conway. “I know the Warriors will beat the Raptors, so I’m betting on both my home team and the betterment of my home town. Go Warriors!”

To contribute to the Toronto-San Fran face-off, make a #TechBet pledge to support your tech ecosystem here.

BroadbandTV looking to go public on TSX through $172 million IPO

BBTV Holdings, the holding company of Vancouver-based media and technology company BroadbandTV, has filed for an initial public offering (IPO) with the Toronto Stock…