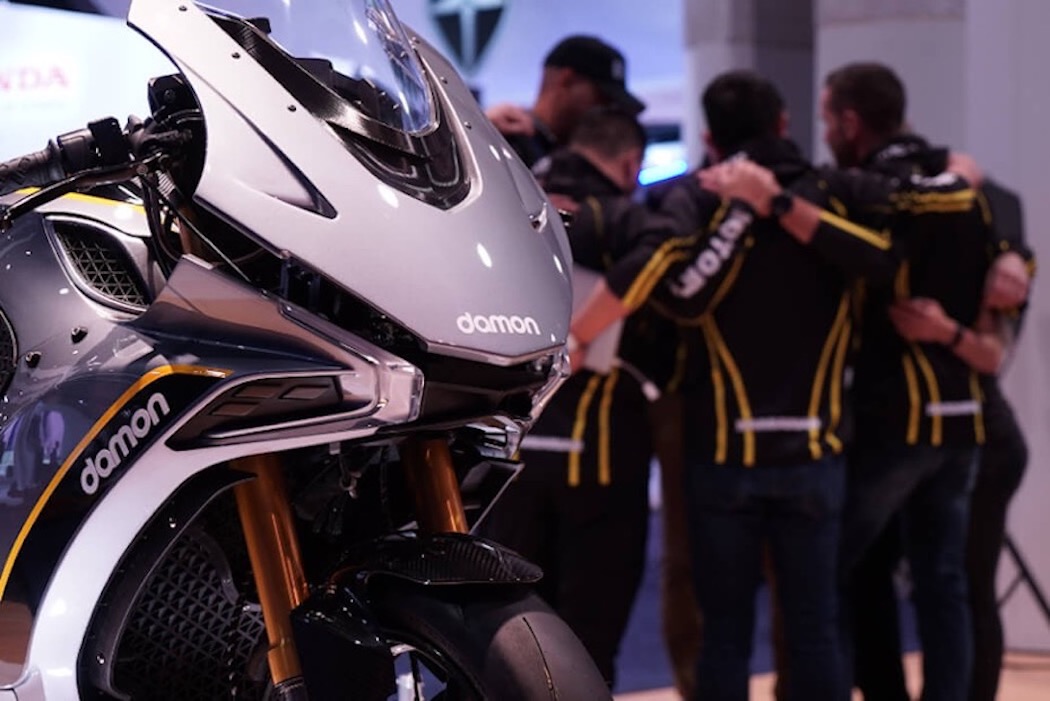 Seven Canadian tech companies, Ratesdotca, Damon Motorcycles, Forma.ai, Vegano Foods, Dispension, GenXys, and DeFi Ventures have recently secured financing to fuel their growth. Here’s the latest on who raised money, how much, from whom, and what they plan to put the new funds toward.

Toronto-based fintech company Ratesdotca, which offers an online platform for insurance and other financial products, has raised $51 million CAD in equity and debt financing. The round includes an additional equity investment from majority shareholder Ontario Teachers’ Pension Plan Board (OTPP), which acquired Ratesdotca in 2018. It also includes debt financing led by BMO Financial Group, through a syndicated facility with TD Bank Group.

The company aims to become the premier consumer brand for insurance and other financial product comparison shopping. Ratesdotca plans to use the fresh funding to invest in the tech necessary to build a digital insurance shopping experience for users “who are increasingly turning to online products since the onset of the COVID-19 pandemic.”

Founded in 1999, Ratesdotca claims to serve over 8 million Canadians. The company’s website allows users to compare insurance rates and providers.

Vancouver-based electric motorcycle manufacturer Damon Motorcycles has raised a bridge round of an undisclosed size.

The company disclosed that it has raised a total of $30 million to date. This includes the $2.5 million seed round it raised in 2019 and the additional $3 million it secured last year. While a spokesperson for the company declined to disclose the size of the bridge round, Damon Motors appears to have raised approximately $24.5 million in its latest round. The financing was led by Benevolent Capital, SOL Global Investments, Zirmania, and other undisclosed investors.

Founded in 2017, Damon Motors is a developer of safety innovations for motorcycles using sensor fusion, robotics, and artificial intelligence and claims pre-order sales for its new HyperSport motorcycles have been “skyrocketing,” reaching $20 million. The startup plans to use the new funding to accelerate manufacturing, enable demo tours, support pre-production development and testing, and expand its team. In light of demand, the company also plans to produce an entire line of medium and high-performance electric motorcycles over the next few years.

As part of the round, Damon Motors added two new members to its board of directors: Jaques Clariond, managing partner and member of Baudpont’s investment committee and senior advisor at Blue Ivy Ventures and Benevolent Capital, and Howard Wu, global head of telecom and general manager for Quanta Cloud Technology USA.

Toronto-based startup Forma.ai, which provides artificial intelligence (AI)-powered software that aims to boost sales and automate incentive compensation, has closed a $12.5 million CAD ($10 million USD) Series A round. The financing was led by Crosslink Capital and supported by Golden Ventures, Panache Ventures, Uncork Capital, and Xfund.

The startup said its platform enables organizational leaders to budget for sales compensation accurately and “make critical financial decisions in minutes instead of months.” Forma.ai claims it has experienced 300 percent year-over-year company growth, and said it currently handles more than $1 billion in annual managed commissions.

Forma.ai plans to use fresh funding to scale its engineering teams and keep up with mid-market and enterprise demand. The company’s current clients include OpenTable, Stryker, and IntelePeer.

Forma.ai describes itself as in “rapid growth mode,” with a team of 60 that it plans to expand to over 100 by the end of 2021. The startup is headquartered in Toronto, with distributed teams across the US.

Vancouver-based retail startup Vegano Foods has closed a $4.2 million CAD Series A round, claiming a post-money valuation of $14 million. The company did not disclose the round’s investors. Vegano referred to the round as oversubscribed, stating that it initially sought to raise only $2 million.

The new financing brings Vegano’s total funding to date to $6 million. The startup plans to expand its services to Toronto, Montreal, and Los Angeles later this year, and list on the TSX Venture Exchange or Canadian Stock Exchange via non-offering prospectus.

MySafe Society, a harm reduction project enabled by Nova Scotia-based retail software startup Dispension, has received $3.49 million CAD in funding from Health Canada through the Substance Use and Addictions Program.

The initiative, which launched in 2019 in Downtown Vancouver, aims to prevent drug overdoses by providing controlled, safe quantities of pharmaceutical-grade opioids to eligible participants through Dispension’s kiosks, which allow users to securely access individually prescribed medications.

Dispension’s kiosks also provide other opportunities to monitor, educate, and assist drug users. The project’s early results indicate participants were able to decrease their use of street opioids and reduce engagement with the street drug economy.

Dispension’s Verified Identity Dispenser healthtech system involves biometric palm vein technology that enables it to verify the identity of registered users before allowing them to access the products stored inside its kiosks. The company is one of eight startups currently participating in Telus L-Spark’s first medtech accelerator cohort.

The company plans to use the fresh funding to accelerate its expansion in the North American market, to meet the needs of genetic lab companies, health systems and payers. The new financing represents GenXys’ second seed round in the last two years. In 2019, it raised a $1.77 million seed round, which it also called oversubscribed. GenXys investor Green Shield Canada recently acquired Inkblot, a Toronto healthtech startup that delivers virtual mental health services through its platform.

DeFi Ventures aims to streamline access to assets and tech that powers decentralized finance (DeFi). DeFi refers to the notion that crypto entrepreneurs can recreate traditional financial instruments, like bonds, inside a decentralized structure, beyond the control of companies and governments. The startup also holds and stakes digital assets.

In connection with the financing, BIGG Digital’s CEO Mark Binns will join DeFi Ventures’ board of directors. DeFi Ventures plans to launch its proprietary dashboard DFX, which integrates with the DeFi ecosystem, in the coming months. The company currently has six employees and is actively hiring.

Toronto-based Maple Leaf Angels announced last week that it has led a $750,000 seed funding round for Montreal’s Sharethebus. Initial funding came from the…