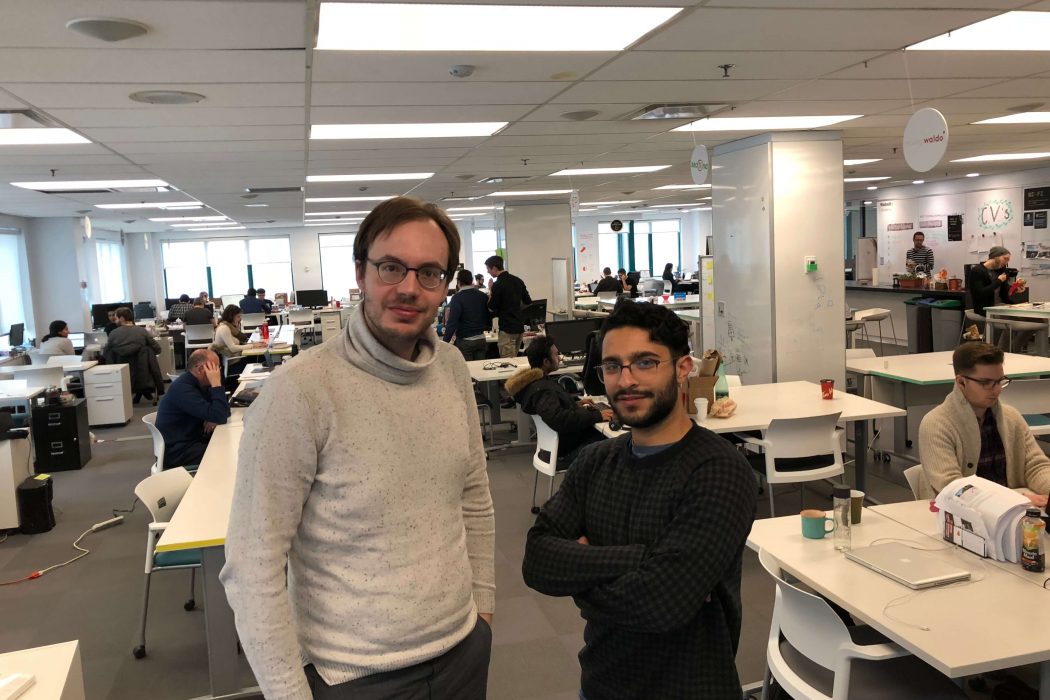 This week, two Canadian FinTechs have made announcements on the growth of their companies, launching new features and announcing funding rounds. Here’s the latest on these company updates.

Hardbacon raises $150,000 with participation with Bulldozer

Hardbacon said this funding is in addition to the $117,000 raised from the general public on the equity crowdfunding platform GoTroo.com. The $30,000 investment from Bulldozer is part of a strategic partnership between the two companies.

“Hardbacon’s app is transforming the game for self-directed investors in Canada and we wanted to be part of this journey.”

Currently, Hardbacon aims to help users become better self-directed investors by providing them with essential data and tools such as portfolio analytics and asset management. The company also educates Canadians about investing through online courses, magazines, and an encyclopedia.

“To be honest, if someone had told me we would work with an outside team last year, I would not have believed it,” said Julien Brault, CEO of Hardbacon. “But when I met the guys from Bulldozer, I quickly realized that they were not in the business of selling development hours. I met entrepreneurs who want to build cool stuff and that have assembled one of the best digital teams in Quebec to do so.”

In addition to receiving an investment from Bulldozer, Hardbacon says its growth is also being financed by its users through equity crowdfunding, which allows anyone to become a shareholder of the company by investing between $99 and $1,500 on GoTroo.com. The company is currently working towards raising $150,000 through GoTroo.com.

Hardbacon plans to use the funding to build a financial planning module using AI and market its app in the United States.

“Hardbacon’s app is transforming the game for self-directed investors in Canada and we wanted to be part of this journey,” said David Dupont, CEO of Bulldozer. “Hardbacon has a super talented team and I am excited to share with them our expertise in mobile development and digital strategy.”

Hardbacon launched its iOS app in February. In March 2017, it also raised $50,000 in funding through crowdfunding and BMO SmartFolio.

Montreal-based Holt FinTech accelerator announced that it has partnered with several venture capital funds and financial institutions to deliver its program aimed at supporting FinTech entrepreneurs.

The Holt FinTech accelerator launched in May with the goal of providing 10 FinTech companies around the world access to partners, training, mentorship, and investment.

“We are proud to announce these partnerships which promise to be very successful,” said Brendan Holt Dunn, founder and managing partner of the Holt FinTech Accelerator program. “Thanks to our combined know-how in the field of FinTech, more and more startups will benefit from our services and expertise to ensure their development. These partnerships will make our program the ideal infrastructure to integrate FinTech and exponential technology industries.”

The program said its partners, which consist mostly of VC funds, will support the program internationally and provide advice to the 10 startups selected for the program.

The firms partnering with the accelerator include:

Holt FinTech Accelerator’s other partners include Budgeto, BDC, FormFinTech, Fundica, Holdun, Luge Capital, StradigiAI, and others. The accelerator recently announced a partnership with BFC Ventures to support and provide funding to early-stage companies.