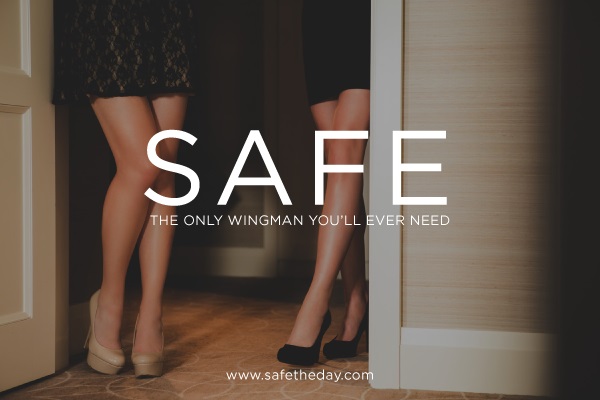 The burning lake of fire awaits. At least that’s where some people will want to cast this entrepreneur.

All Alex Chuang cares about is people being safe while enjoying life’s pleasurable encounters. Borrowing from the successful Dollar Shave Club model, he and cofounder Vincent Chu are launching Safe. Safe is a subscription-based platform that’s shipping high-quality condoms directly to your mailbox.

Those who consider birth control a sin, or prudes in general are going to be natural haters- and probably not future customers. So, this Vancouver startup isn’t worried about the journey to their special place in hell. They’re focusing on taking the awkwardness and hassle out of purchasing contraceptives. It’s all about offering more convenience and discretion.

For Chuang, the idea came from personal experience, “I hate buying condoms. It always felt like an embarrassing trip to the drug store. It’s like, what if we never have to worry about buying them again. Condoms are essential to a healthy lifestyle and they should be more accessible.”

Subscribers pay a flat monthly rate to have a package of nine condoms delivered to their homes in an inconspicuous black box every month, each containing at least one premium Okamoto 003 (aka “The World’s Thinnest Condom”). There’s currently two different subscription plans. “The Wingman” ($12.00), is a starter kit featuring eight Durex Sensi-Thin condoms and one Okamoto 003, or  “The Connoisseur”, featuring nine premium Okamoto’s for $20.00 per month (shipping and handling always included).

The packaging itself is so discreet you can easily leave your Safe box on the nightstand, and nobody would know the difference. While Okamoto 003 condoms are widely unavailable in Canada and originally retail for upward of $2.50 Cdn per piece, Chuang sees the convenience of their service as being the big differentiator. For the condom aficionado, it’s worth noting that the Okamoto is manufactured in Japan. It’s Sheerlon technology makes for thinner, stronger condoms compared to traditional latex, and without the rubber smell.

Chuang is open to admitting that they’re selling aspiration, lifestyle and peace-of-mind. He says “not only does buying condoms sucks, but running out of them at inopportune moments sucks too.” Purveyor of safe sex aside, he’s every bit the startup entrepreneur having embraced bootstrapping themselves to this point. He also really sees value in taking friction out of the process, saying “behind the scenes we’re really focused on building a tech enabled logistical startup.”

Obviously marketing to desire is going to catch attention. In theory it should play well with a key demographic, the “randyman”. But, it’s much fairer suggesting that there’s a legitimate public health element involved here too. Titillation aside, Safe is striving to make high quality condoms as accessible as possible, and helping to reduce the risk of STI’s and other related diseases.

Safe is currently available to North American customers with plans to expand to Europe and Asia in the near future.