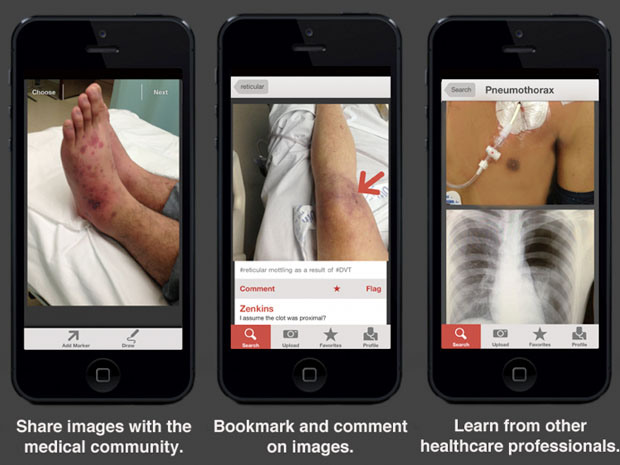 In early December we wrote about Figure 1, a Toronto-based photo-sharing app on iOS for medical professionals. Then the company had raised $2 million in seed funding from Version One Ventures and Rho Canada Ventures.

Today the company is announcing that medical professionals don’t have to have an iPhone to see those gruesome images that they clearly enjoy looking at and talking about. The startup’s app is now available for both Android and the web, allowing healthcare professionals to access the crowdsourced medical image library from a full suite of devices.

Figure 1 is already used by tens of thousands of healthcare professionals and recently marked its thirty millionth medical image viewed. Shortly after its launch last summer, it reached number one in the App Store’s medical category.

“Although a large proportion of healthcare professionals use iOS devices, there is a growing group of dedicated Android users in medicine,” said cofounder Dr. Joshua Landy.“We’re excited to offer them a tool to join the Figure 1 community. We’re also pleased to offer our users a web experience for the first time.”

Figure 1 allows healthcare professionals to share images with small groups of colleagues or with the wider medical community. The app takes a number of measures to safeguard patient privacy including detecting patients’ faces and blocking them. It also lets users block out identifying or sensitive details in an image with the swipe of a finger.

Now with the web version, user can view Figure 1’s full collection of medical images (gruesome and some not so gruesome), as well as the accompanying discussion. The company plans on expanding the functionality on the web version over the coming months.

It claims it’s building the world’s largest free repository of medical images, easily searchable and available to the medical community. The free app was initially launched in North America and has since expanded to the United Kingdom, Ireland, Australia and New Zealand.