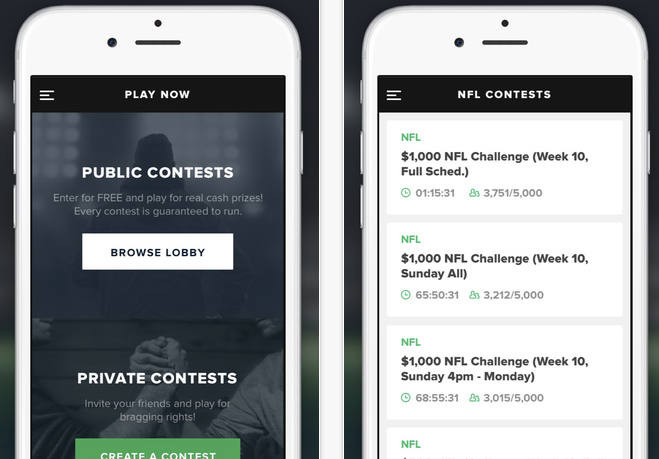 Following the success of its sports and eSports apps, theScore has launched QuickDraft, a new daily fantasy sports game app.

Rolling out first on the iPhone and only in Canada and the U.S., theScore will use the app to host daily public and private contests where players will be able to win monetary prizes. At launch, drafting is limited to NFL games, and there are only two game modes. According to the company, NHL, and NBA support are coming early next year, and MLB will start up alongside the new season.

Unlike other daily fantasy leagues, there are no entry fees associated with playing QuickDraft, and the format is more casual; participants only pick five players per contest. Moreover, the use of computer scripts that automatically generate a user’s daily lineup are prohibited — in the U.S., most daily fantasy leagues are notorious for being dominated by professional players who use script to create several hundred lineups each day. Lastly, theScore employees will be prohibited from participating in any of the public contests. For the opening weekend, prizes up to $5000 are available, but the average monetary value will eventually be closer to $500, according to the company.

According to theScore’s Benjie Levy, the company hopes the combination of these factors will help make QuickDraft fun and accessible for regular sports fans.

On an interesting note, QuickDraft was built upon technology created by Swoopt, a San Francisco-based startup theScore acquired last December.