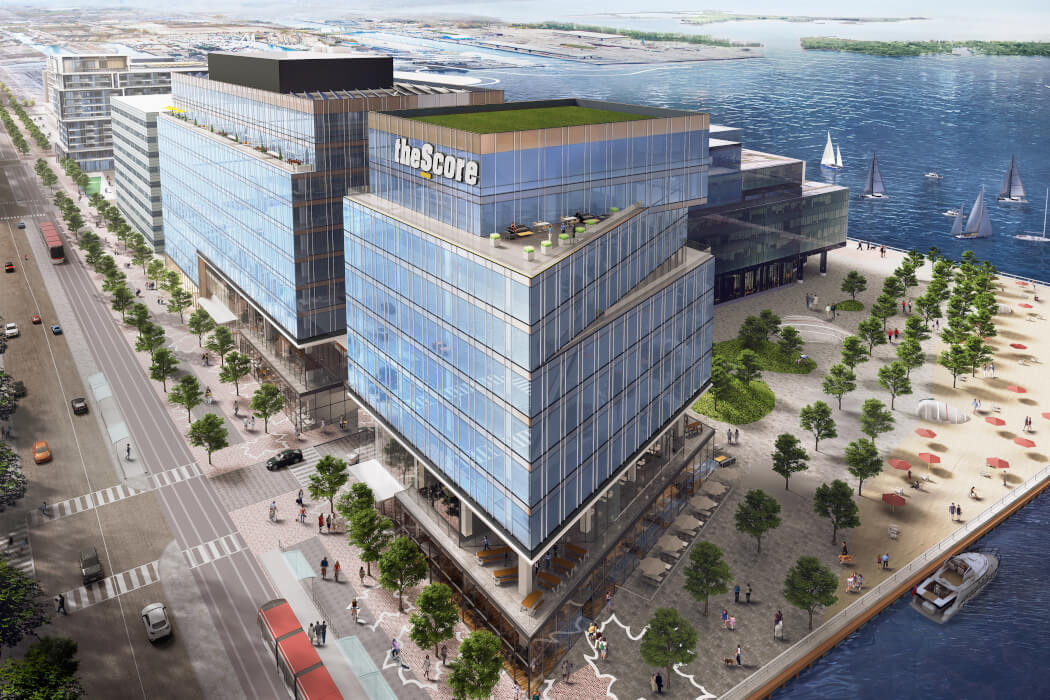 The Toronto-based company plans to occupy more than 85 percent of The Exchange, one of two buildings that make up the Waterfront Innovation Centre.

TheScore plans to occupy more than 85 percent of The Exchange, one of two buildings that make up the Waterfront Innovation Centre.

The new space will house theScore’s rapidly growing workforce, and accommodate its business operations, including its anticipated rollout of online sports betting in Canada.

Despite its pending acquisition by Penn National Gaming for approximately $2 billion USD in a cash and stock deal, theScore will operate as a stand-alone business. The acquisition is expected to close in the first quarter of 2022.

“Moving into this newly constructed building affords us the opportunity to design our ideal work environment and provides ample space for our rapidly expanding team,” said John Levy, theScore chairman and CEO.

Founded in 2012, theScore provides sports news and statistics to users via its mobile app, which has approximately four million monthly users. The Toronto-based company currently trades on the TSX and the NASDAQ under the symbol ‘SCR.’

The gaming firm went public in March, raising $186.3 million USD in gross proceeds with its IPO on the NASDAQ.

Recently, theScore has pushed to expand its sports betting app across the US. Today, theScore Bet is available in New Jersey, Colorado, Indiana, and Iowa. However, in a competitive American market dominated by larger players, the app has reportedly struggled to establish market share.

TheScore estimates a market potential for online gaming in Canada of between $4.3 billion and $5.4 billion USD in annual gross gaming revenue, based on historical data extrapolated from legal online gaming markets in the U.S. and globally.

“The decision made by theScore to lease space at Toronto’s Waterfront Innovation Centre is not only a testament to the continued growth of our technology and innovation sector, but it will act as another confidence boost as we move forward in our pandemic recovery,” Toronto Mayor John Tory declared in a statement.

Designed by Toronto’s Sweeny & Co Architects Inc., the 475,000-square-foot Waterfront Innovation Centre comprises two buildings, with three distinct but interconnected components: The Exchange, The Hive, and The Nexus, a space that will serve as a public square, and directly connect the two buildings.

The Waterfront Innovation Centre, co-owned by Menkes and BentallGreenOak, on behalf of Sun Life Assurance Company of Canada, was developed in partnership with Waterfront Toronto.

The World of Content Is No Longer Flat, Going 360 Degrees with Bublcam

It was 1492 when Columbus sailed the sea to prove his theory that the world wasn’t flat but round instead. His discovery changed our…