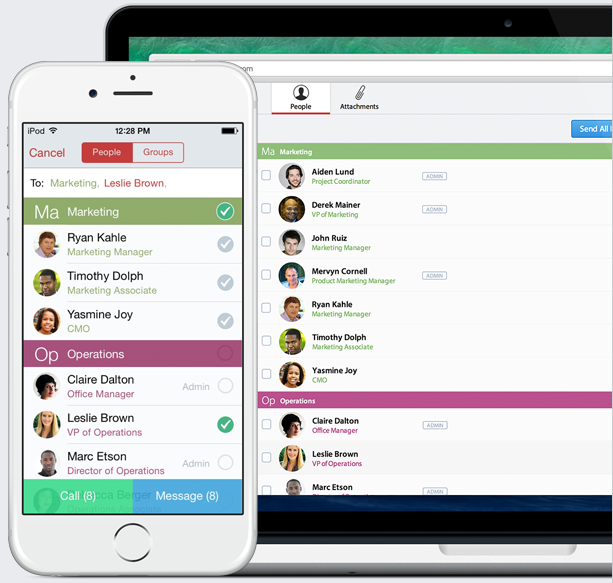 The Canadian Special Olympics Summer Games of 2014 were the largest of their kind in the history of Canada. The Games brought together over 3,000 athletes, coaches, officials and volunteers across 9 venues to put on a week of competitions, camaraderie and of course, as with any event of this scale, its fair share of complications.

The Games are a unique challenge to manage, as, given the combination of a high concentration of events and the special attention that many of the athletes required, intense and coordinated action and a personal touch are both needed for success. They also have the standard difficulties that any event manager would be familiar with, such as lost volunteers or participants (with so many venues, it’s easy to take a wrong turn), delays in events that affected or overlapped other services, and facility issues that needed to be addressed quickly and often under the radar of attendees.

In order to make sure that the 2014 Vancouver Games went off without a hitch, they turned to an enterprise messaging platform called Lua, which offers several key features such as an organized contact lists and two-touch conference calling that proved to be invaluable once event time hit. Based in NYC, Lua is a Techstars alum founded by college classmates Michael DeFranco, Eli Bronner and Jason Krigsfeld.

“Lua really acted like the glue for our team during pre-production. Instead of voicemail and calls, where others may be unresponsive, I could just ‘Lua’ someone,” commented Deanna Eckstein, Director of Main Operations Center. The app allows users to message on a one-to-one or one-to-many basis, initiate conference calls, and organize and share files within their iOS or Android native app, or through any browser.

With over a 65 competitions to organize, the Games organizers sought out a way to simplify communications; they knew that an event with so many participants was sure to get out of hand one way or another unless everyone could access the right information in real time, as they needed it. The operations team previously used a medley of communications tools, including email, conference calls, and texting to exchange information, but found that as the Games grew, their methods were becoming less and less effective.

“What I love about Lua is that it has all the ease of texting, plus it is a one-stop shop for everyone’s contacts. Lua took away all the thinking that goes into getting a hold of people,” said Mary Conibear, Vice Chair of Games Services.

Organizers found a match with Lua as the app is easy to navigate, which meant that with little or no training, users were able to understand how to message, share files, images and make calls. Besides Eckstein, who served as the single, full-time manager, all other organizers were there as volunteers, so the platform’s intuitive user experience and comprehensive and centralized contacts list proved to be vital to the success of the Games. The app also notifies senders when their message is read, which eliminates the need for follow up communication, and can shave hours off of the total time a team spends chasing each other for responses.

Mylo, which rounds up users’ purchases and invests the spare change, has officially launched its app for iPhone. Through the app, users can open…