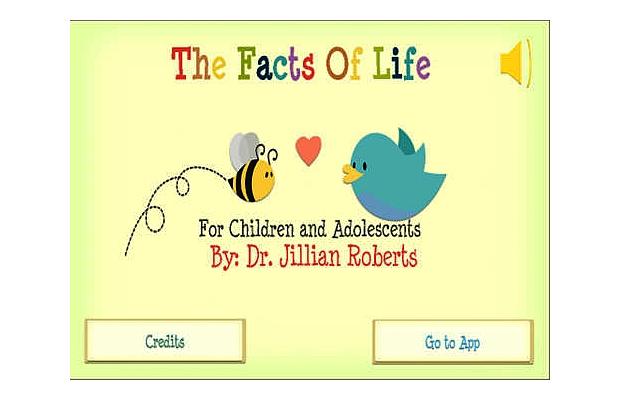 Dr. Jillian Roberts never wanted to run a startup. She just wanted to solve a problem.

A registered child psychologist and tenured professor at the University of Victoria, Dr. Roberts was struggling to find an easier way to engage children at her clinic. Things changed once she brought her university-loaned iPad in with the children.

“I brought the technology into the clinic and they were all over it,” said Roberts. “Before, it had been so hard to get them to start talking. Now they would come in and say ‘Minecraft is so cool, I wish you had that.’ Having all these apps made it so much easier to connect with kids.”

Soon after, Dr. Roberts was speaking with the Director for the Centre for Digital Media (CDM) in Vancouver about creating an app of her own. The end result was The Facts of Life, aimed to help parents broach the difficult subject of sexual education with their young children. The app launched in North America on iOS last month, with an Android version following this past Monday. A fully translated and localized version of The Facts of Life will be released in China in November.

“It’s very grassroots,” Roberts told BetaKit. “It’s not that I was trying to create a startup because I had already built a career for myself. But now that I have this new understanding of what people want and need, what is the best medium I can communicate that in? And it’s a different medium than what I came up in. To stay relevant I need to grow and change and embrace that. I can’t just write articles and textbooks and go to conferences – I need to use this technology.”

Regardless of Dr. Roberts’ intentions, her project walks, swims, and quacks very much like a typical startup. The Facts of Life’s development was fuelled by a very Canadian combination of bootstrapping and academic partnership. A three-person team built the app, with each employee currently pursuing a CDM Master of Digital Media degree. While Dr. Roberts is funding the work her self, each employee receives credit for their efforts towards their degree.

Dr. Roberts’ team obviously also struggles with the same hurdles as any other startup: exposure on the App Store, multi-platform support, and developing a compelling minimum viable product. “Marrying this concept with the medium in the beginning was a bit tricky,” she said. “Initially we had a much more complicated branching story map, which was becoming really expensive and difficult to program, so we had to start with a simplified concept.”

But Dr. Roberts and The Facts of Life team are also tackling something most startups only dream of: expansion into China. This isn’t a dream of cracking China’s admittedly huge mobile install base, but of reaching children desperately underserved in sexual education due to a cultural stigma towards discussing the subject openly. Dr. Roberts will be speaking at a psychology conference in China later this year, and has partnered with universities there to aid in the distribution and awareness of the app.

The process of localizing such a sensitive subject in North America for Chinese culture is not without difficulty. A Chinese translator was brought onboard to remove certain terms and concepts that were completely abrasive (“penis”) or slightly foreign (“ice cream”) to a Chinese audience.

“These topics are very taboo in China, so having a way for them to learn more on a device is very important,” she told me.

The Facts of Life is unlikely to ever hit that golden milestone of 100 million downloads coveted by startups, or be bought by, say, Google. But it is providing a tangible benefit to children right now, which is a refreshing change in an era of ‘me too’ filter apps or insert next consumer trend here.

“I want a child to feel that everything about them is beautiful and wholesome,” Dr. Roberts said. “I don’t want any child to walk into my office to feel like they were a mistake. They were something beautiful and that was their origin and identity. The app being beautiful reinforces that identity and sense of self. It’s meant for a child to swallow all of that and understand it.”

It’s a horizon that more startups should strive for.

In a continued partnership with Panache Ventures and BCF Ventures, the Fundica Roadshow has announced the two firms will consider investing a combined total…