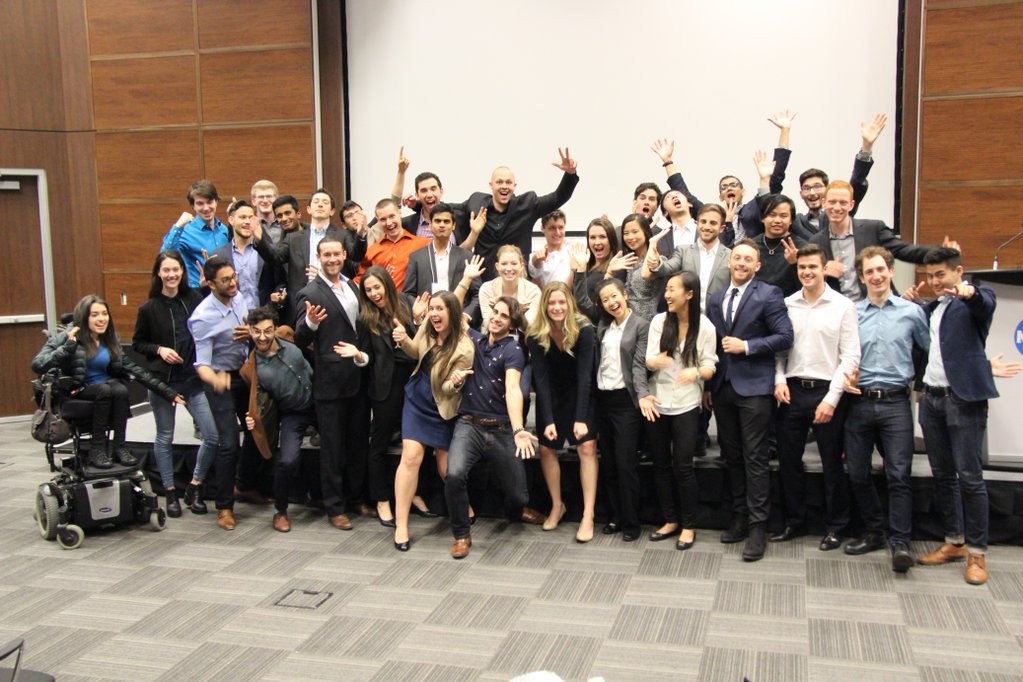 The Next 36, a program dedicated to accelerating the growth of young innovators in Canada, has announced its next generation of impressive entrepreneurs for 2016.

Eighty percent of entrepreneurs in this cohort have already started their own business, and the organization adds that many of them started before completing university. The group was chosen after a national selection weekend of interviews and workshops led by the successful Canadian entrepreneurs, including Bruce Croxon, Dan Debow, Katherine Hague, and Razor Suleman.

“Each year the finalist pool seems to gets stronger,” said Peter Carrescia, managing director of The Next 36. “For our 2016 cohort, we sought applications from individuals who were already working on ideas, and the response from the startup community blew us away. We now allow all 36 of our successful finalists to choose their own co-founders and this additional flexibility has helped us attract more applicants with an existing track record of entrepreneurship than ever before.”

The entrepreneurs were chosen from a pool of 1,100 applicants, including Canadian students studying abroad from Harvard, Cornell, Wharton, and the University of North Carolina. The organization reported that applications are up 20 percent this year.

The current N36 entrepreneurs represent universities across Canada and the United States, including the University of Pennsylvania and the Parsons New School for Design. They will spend the next eight months building their companies with the support of mentors and a pool of business advisors. They will also have access up to $50,000 in seed capital, which will come from a fund that includes Relay Ventures and an undisclosed investment partner. This year’s Next 36 mentors include Kirk Simpson, co-founder of Wave, Janet Bannister, general partner at Real Ventures and former head of Kijiji Canada, and Andy Yang, CEO of 500px.

While applications were open to entrepreneurs across all academic backgrounds, engineering, computer science, and commerce represented two-thirds of applicants. This year, The Next 36 accepted Masters students for the first time.

The Next 36 boasts successful alumni like Thalmic Labs founder and CEO Stephen Lake and Cathy Han, founder of 42 Technologies.