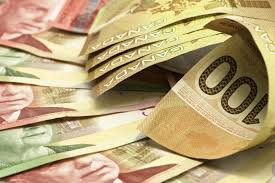 Internet advertising revenues are expected to hit it big in Canada by 2018, while mobile advertising is growing at particularly rapid rate, with an expected compound annual growth rate (CAGR) of 21.8 percent. Print continues its deathly spiral, as it will fall from $1.6 billion in 2014 to $1.2 billion in 2018, representing a CAGR of -7.9 percent.

The number given for expected Internet ad revenue in 2018 was $7.2 million in this release, though we suspect that was a typo. It sounds like it’ll be $7.2 billion.

The new data comes from PwC’s Global Entertainment and Media Outlook, which projects that spending from 2014-2018 in the entertainment and media market, advertising in Canada is at a “tipping point.”

By 2018, internet advertising spending will be well ahead of spending in other channels  and will reflect an overall shift to digital amongst Canadian consumers.

“Canadians have a large appetite for digital media, and this trend has brought the market to a turning point. Advertisers looking to grow in the digital market will be wise to look to Canada as a leader in online consumption,” said PwC partner Lisa Coulman.

The growth in internet advertising comes as little surprise given that Canadians are some of the most active internet users in the world, and “are thus a ripe market for advertisers.” Furthermore, as services like Netflix gain in popularity, revenues from physical home videos and cable subscriptions are slowing, along with those from book and magazine publishing and the sales of music CDs. Globally, traditional channels still sit ahead of digital in many areas, but in Canada the trends show an overall consumer migration to digital that advertisers are capitalizing on.

Looking towards traditional channels, television broadcast advertising revenue is back in black. Although revenues fell in 2009 when the recession hit, they returned to growth in 2010, faced a temporary decline in 2012, and since rebounding last year are expected to increase in the years leading up to 2018, when net revenues will rise to $3.9 billion.

Regarding print media, while digital newspaper revenues continue to grow, this is not expected to cancel out the freefall on the print side.

“The consumer migration to digital presents businesses with a lot of opportunities but also some challenges—organizations must create a consumer-centric approach and a strategy that encompasses all facets of the customer experience, including digital,” said Coulson. “Businesses must no longer see a traditional strategy and a digital strategy, but an overall business strategy that focuses on customer relationships and personalized content.”

PwC also shed light on some other industries that are slated to see higher revenues  in the next few years, including ebooks, music and movies.

Revenue from electronic books will see a significant increase by 2018, with a CAGR of 12.3% and 37% of the total book market. E-readers also tend to consume more, reading an average of 4.5 books a month, compared to 2.8 overall when factoring in print books.

As well, Canadians are still heading to the cinema—box office revenue will see a 3.2% CAGR between 2014 and 2018. In the home video market, over-the-top streaming services will see their profits more than double, going from $34 million in revenue in 2014 to $73.6 by 2018. Physical rentals and sales will both decline, though not at a freefalling rate, with a CAGR of -6%.

CAGR is an imaginary number that describes the rate at which an investment would have grown if it grew at a steady rate. More specifically, it’s the year-over-year growth rate of an investment over a specified period of time.