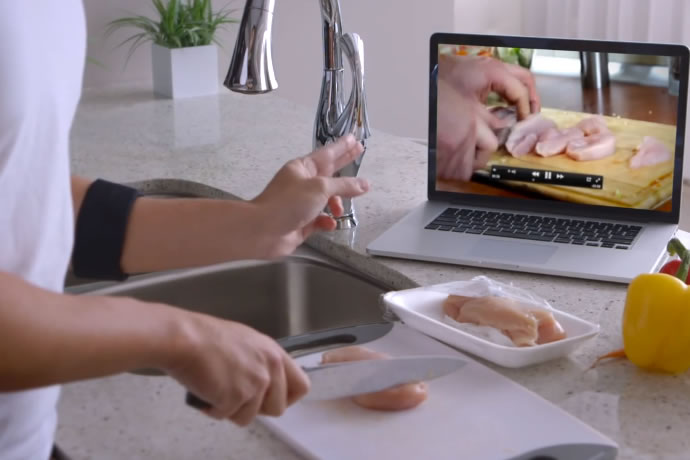 Stephen Lake, Matthew Bailey and Aaron Grant have had an incredible year since starting Thalmic Labs. Apparently when they interviewed for the VeloCity Venture Fund the trio walked into the room, showed a clip of Tom Cruise in Minority Report wearing gloves and controlling a computer by swiping the air. “We want to build this,” said Lake. The team eventually created a prototype and captured a $25,000 investment from the VeloCity Venture Fund program for their amazing MYO gesture-controlled armband.

Thalmic later was accepted into Y Combinator and received $1.1M from angel investors in Toronto and Waterloo. With this injection of cash Thalmic expanded, hired employees and built another prototype, then went live with pre-orders. Within 36 hours they successfully sold over $1M worth of MYOs. In 4-weeks sales skyrocketed to over $4 million in pre-orders. This led the company to receive a massive $14.5 million in Series A investment by Spark Capital and Intel Capital.

Today, Mike Kirkup, Director at VeloCity, announced in a blog post that Thalmic Labs is “very squished in the VeloCity Garage” and has moved out. The team of 25 will be moving to an interim space in Kitchener on King Street, then to a permanent location on Charles Street in October. “We couldn’t be more proud and excited for Thalmic Labs as they move into their own place and continue to build this amazing company,” said Kirkup.

MYO has an so many incredible opportunities. The hands-free $149 product slips onto your forearm and has muscle and motion sensors embedded inside that tracks your gestures to perform any action you want – stop, slow, pause, faster. MYO currently works with iOS and Android tablets and smartphones, computer (Mac or Windows PC), TV, video games and PowerPoint presentations.