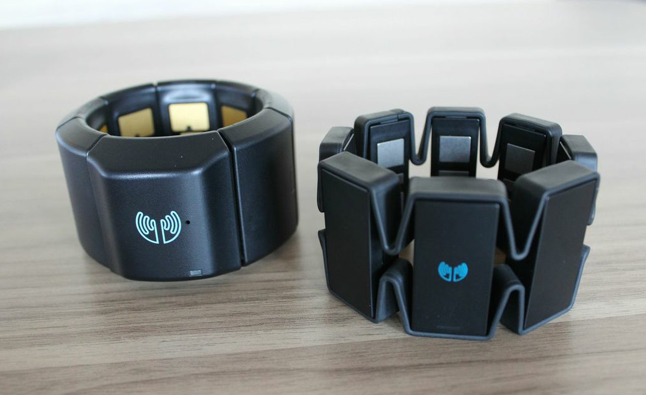 Thalmic Labs finally started shipping pre-orders of the Myo armband this winter. The company showed off its final design for the Myo in June of 2014, having announced delays for pre-order shipments six months previously. Now, almost two years after it first surfaced, the Myo is on its way to consumers.

The Globe and Mail reports that Thalmic has started shipping units and that the company has more than 50,000 orders to fulfil. Thalmic’s Stephen Lake says it has shipped 24 percent so far. Speaking via the company’s official blog, Phil at Thalmic pointed to the #gotmyo hashtag on Twitter as proof of the thousands of units that have been shipped so far. The Myo website is also now advertising that new orders will ship “in the new year.”

The Thalmic team will be at the Consumer Electronics Show next week. This is second year in a row that the company has made the trip to Vegas. This year, they’ll not only have a finished product for demos, but one that is already shipping to consumers and is supported by the Myo Market. We’ll be meeting Thalmic at the show to talk about the company’s plans for this upcoming year, so stay tuned!