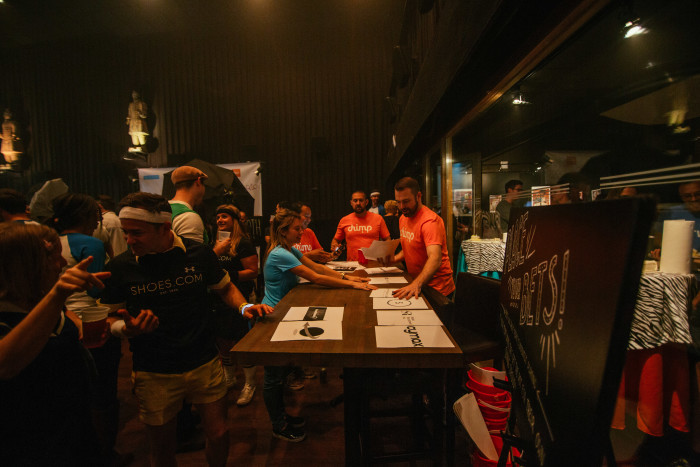 TechPong, the annual Vancouver charity event now in its second year, has announced that it raised $72,000.

Dressed like the cast of The Royal Tenenbaums, players from thirty-four Vancouver companies participated in a massive ping pong tournament at the Imperial Theatre. Proceeds from the event funded thirteen charities — including Doctors Without Borders and Save the Children — dedicated to helping the global refugee crisis.

“It’s inspiring to see Vancouver’s tech community rallying in support of the refugee crisis. It really demonstrates the cohesiveness of our industry,” said Roger Hardy, CEO of Shoes.com, which co-hosted the event with Chimp.

In the end, Kevin Zhang from BuildDirect defeated Joshua Viner from Left of the Dot. In the doubles portion, Irfhan Rajan and Niaz Shamsi of ZAG took out Hootsuite’s Connor Flynn and Ken Filgiano.

“TechPong is really about the industry coming together and making a collective impact while having some fun,” said John Bromley, CEO of Chimp. “That they’ve chosen to support the refugee crisis this year shows how much that issue has shocked us all in some way. It has certainly caused me to stop and think about how lucky I am to be living in Vancouver.”

Related: #YVRTech trend: communities with a cause

Social shopping platform Unata announced this week that it has partnered with Longo’s, a Canadian grocery chain, to launch both an iPhone and mobile web app for…