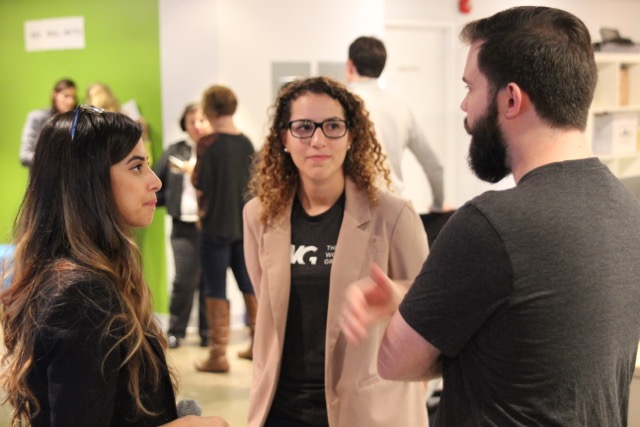 TechGirls Canada (TGC) and The Working Group (TWG) announced a new partnership today to address gender diversity and equity in the workplace.

Project Change the Ratio will be an 8-month pilot program where the TechGirls Canada team will review, analyze, and recommend policies to help improve TWG’s workplace equity and diversity. TechGirls Canada has brought diversity and equity expert Steph Guthrie onboard to assist in the project.

“The powerlessness goes away once you have a plan.”
– Derek Watson, TWG

TWG will implement the TGC recommendations, using agile methodologies to optimize on the fly. Crucially, the outputs from the pilot program will be compiled into a recommendation guide to be shared with other tech companies in Canada looking to improve their workplace diversity.

The pilot program is the first of its kind in Canada, and stemmed from TWG’s Director of Engineering, Derek Watson, looking to find better ways to improve his team’s diversity. BetaKit had the opportunity to speak with Watson about the pilot, and the difficulties in effecting positive diversity change in the workplace.

What was the moment you knew there was a diversity problem at TWG?

Overall, I don’t think we have a diversity problem, but it’s certainly hard to ignore key under-represented groups. For example female engineers, virtually non-existent in the department in recent years. Why? Is this the industry norm for a team our size? Was there something more we could be doing? We’ve been taking positive steps to improve diversity here for a couple of years, but we made this a priority initiative in October, 2014 when we realized we could be doing more.

You had mentioned a feeling of powerlessness, which is an interesting perspective from the person in charge of hiring. Can you explain why you felt that way?

It’s hard to know if the issue lies in your org, your industry, your profession, or what, or if there’s anything you can do to change it, or if it even needs changing. It’s all very confusing. But by talking about it, we ended up connecting with people on our team and in our network who were focused on the topic and it was clear there were some easy things we could be doing. The powerlessness goes away once you have a plan.

What was it like to start this conversation internally at TWG? Was it easy? What was the initial response?

The response was overwhelmingly supportive, but it’s definitely not the easiest subject to talk about. We’re trying to identify unconscious biases in ourselves and in our society, and that’s no fun, you know? But the support around it has been really great, we’ve got a project team up and running to test the guide and to track progress on all the initiatives, so we’re excited to see how it takes shape.

How important is it that one of the outputs from this project is a recommendation guide that companies in a similar position can look to use? Were you looking for a similar guide when this issue was initially identified?

I love the idea of the guide, I definitely searched for one like it as soon as I started looking into this stuff. I ended up reading hiremorewomenintech.com, which I think is a good start. I’ve also been following #LeanInTogether and #LadiesLearningCode for inspiration. There are some impressive diversity programs at companies like Google and Facebook, and I think a free guide that can help start those kinds of initiatives in any company would be amazing.

Seattle-based Infratel today announced a $3 million Series A round of funding, supplied by Prostor Capital and Runa Capital. The funding will help the cloud-based…