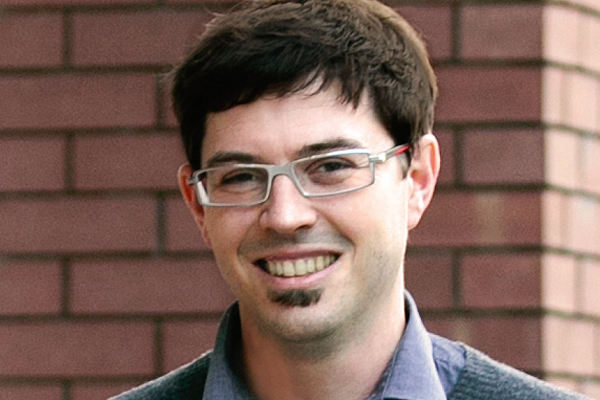 There’s no escaping the fact that data is a hot topic and big business. However, so much of the buzz about data is usually prefaced with the word “Big” these days. Somehow, the conversation has moved from the fact there’s this huge proliferation of data and the fact there’s potential gold attached to mining it, to the size matters story.

There’s also no escaping it: Chris Neumann, founder of Vancouver’s DataHero is a really big nerd. With almost a ten year lens on the business, Neumann can talk about data in the sense of size really not mattering.

His data lineage goes back to being employee number one with AsterData (acquired by Teradata in 2011 for $263 million)  and saying “I’d argue that Aster Data had the single strongest overall team ever in the data world.  To-date, Aster Data alum have raised over $300 million for companies they subsequently founded, including Nutanix, Instart Logic, ThoughtSpot, and ClearStory Data. That network has remained extremely tight, with many of us helping each other out over the years in a wide variety of ways as we navigated our post-Aster Data endeavours.”

Looking back on his experience he said, “in 2005, we knew that volumes of data were growing and were on the verge of exploding.  The problem was, databases couldn’t handle such large volumes of data, and the larger data warehouse software that existed was designed for relatively basic workloads (figuring out simple metrics, aggregates, etc.).  Companies large and small were starting to hit up against the limits of existing products and were forced to choose between complex analytics on insufficient amounts of data or insufficient analytics on larger volumes of data.”

It isn’t only big companies generating large volumes of data. Even small internet companies are generating significant amounts of data. The business challenge is making sense of it. So much of today’s focus is on “Big Data,” and figuring out how to keep pace with the increasing amounts of centralized data being generated by a relatively small number of companies.

“What almost no one is talking about is the fact that at the same time centralized data is increasing in volume, enterprise data overall is becoming decentralized as services move to the cloud,” said Neumann. “This has the potential to be an even more significant shift in how enterprise data is managed.”

“My experiences at Aster Data had a significant impact on how DataHero has evolved from its earliest days,” he added. Seeing firsthand the increasing demand for answers to data questions from people outside of the traditional data organizations, and how those departments were quickly becoming a major bottleneck to enterprise efficiency has led him to get past the size conversation. “Those experiences helped me to appreciate how important access to data is to business users and how much need there is for tools to empower users of all technical levels to be able to work with data.”

Entirely new groups of people are working with data. Until now, you had to be a data analyst, a statistician, or a data scientist to be able to get insights from data. Neumann’s all about the democratization of data, and that anyone who has access to data and wants to ask questions of that data should be able to without having to rely on someone else for help.

He shared that “the biggest challenge in building a product designed to empower everyone in an organization is walking the tightrope of having all of the features people need to answer their data questions, while keeping it easy to use and accessible to the largest possible group of users. Data products have historically been designed for technical users, so we’re really focused on the capabilities we’re trying to bring to business users.”

This democratizing access to data is about pulling, processing, and analyzing it from SaaS services, cloud storage drives, online spreadsheets, or even files on a laptop.  Neumann said DataHero has expanded its partnerships to include:

For marketing, sales, customer service, and software development professionals, there’s less and less friction to working with data today than ever before. It’s about redefining our relationship to the speed of business. Having data in context it’s now more possible for insightful and impactful decisions to be made. and proving ultimately that the size really doesn’t matter.

Teachings from the Digerati at Invoke University