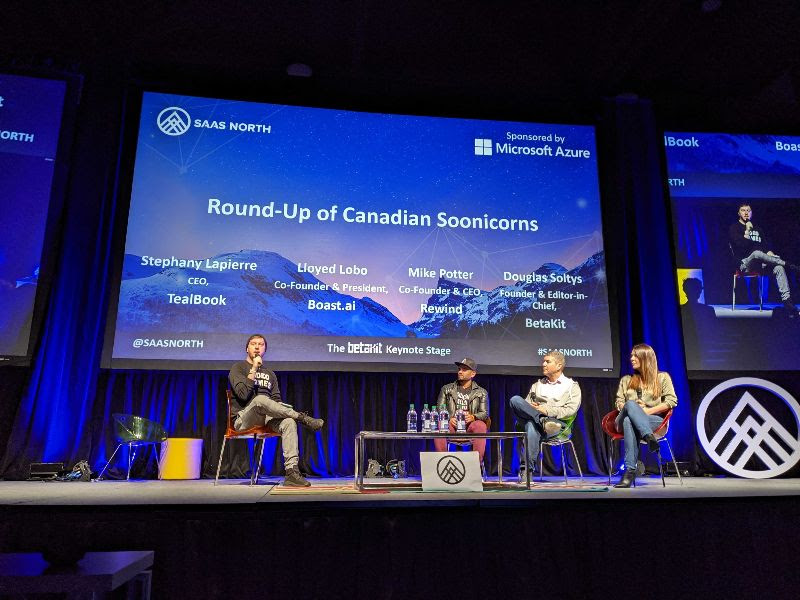 As the need for quality childcare has increased due to COVID-19, and governments like Canada and the United States expand investments in childcare programs, HiMama is ready to seize a sizeable market opportunity.

It also happens to be how much untapped grant funding is available to help Canadian businesses grow their companies. 🚀

At Pocketed Grant Platform, we have one goal – get 💰 into your pocket.

Our FREE intelligent platform instantly matches you to programs you’re eligible for. Take the guessing game out of grant funding and make your Pocketed account today to see your matches.

According to The Wall Street Journal, Activision CEO Bobby Kotick was aware of sexual-misconduct allegations at the company for years, but did not inform the board of some of them, including alleged rapes. Following this report, the video game giant behind Call of Duty has faced serious criticism from key partners Xbox and Playstation.

In the fall of 2019, Toronto-based Looka was facing major difficulties, laying off 80 percent of its staff following a failed rebrand that cut its revenue in half. But two years on, after shifting its strategy, the startup has turned things around, tripled its monthly revenue, and returned to profitability.

Customer engagement software maker Braze Inc. rose as much as 43% in its trading debut after an initial public offering that priced above the marketed range to raise $520 million.

The funds will be plunged into engineering, product development, and sales and marketing.

Canadian SaaS funding in 2021 rebounds from 2020 low, fuelled by influx of US investors (BETAKIT)

In 2020, during the pandemic, only $1.17 billion in total capital was invested in Canadian SaaS startups, compared to $5.13 billion the previous year.

The tech giants are paying millions of dollars to the operators of clickbait pages, bankrolling the deterioration of information ecosystems around the world.

In a series of interviews from SAAS NORTH, BetaKit spoke to L-SPARK’s Leo Lax about how Canadian SaaS has “arrived,” Bessemer Venture Partners’ Alexandra Sukin about the firm’s SaaS investment approach, and RBCx’s Anthony Mouchantaf about Canada’s tech ecosystem’s dependence on government support.

After establishing itself and gaining profitability serving sports franchises like the Milwaukee Bucks, Minnesota Vikings, San Jose Sharks, and Everton FC, Judo is moving into new verticals like consumer FinTech and retail.

Toronto-based Tribe has announced the acqui-hire of two of the co-founders of pe•ple. Elsewhere in SaaS acquisition news, ETS Strategic Capital has taken a majority stake in Toronto’s Kira Talent, and Schlesinger Group has acquired key assets from Toronto-based Delvinia.