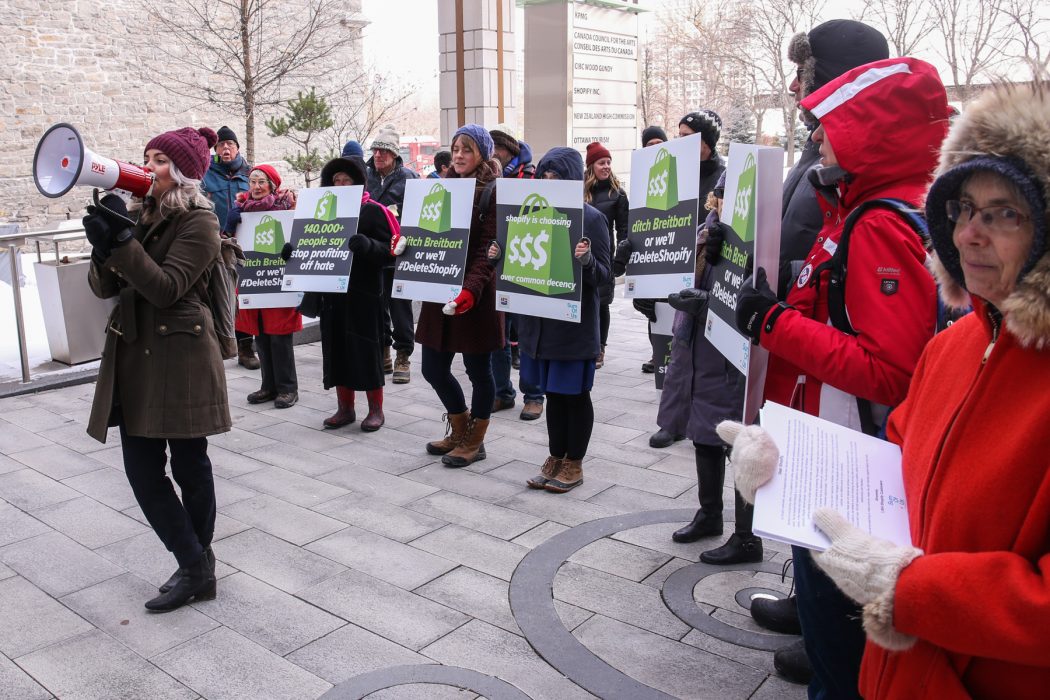 Despite an open letter by CEO Tobi Lütke defending Shopify's decision to power Breitbart’s store, the calls for Shopify to remove the web-based media outlet from its customer base have not stopped.

An inspired team starts with a winning attitude

The basis of a successful team is a winning attitude. Eli Fathi, CEO of MindBridge.ai, explains how leaders can spread a “can-do” attitude to their team.

The investment in Dialogue, which allows employers to offer employees access to healthcare through mobile, was led by Diagram. It also included BDC Capital and Hacking Health Accelerator.

When it comes to marketing functional but not particularly exciting products, there is no point trying to pull the wool over people’s eyes with buzzwords and sparkle; rather share how it makes their life better.

Vidyard CEO Michael Litt said that the addition of Stubo to the board will guide the company as it scales its operations and emphasizes its tool as a storytelling platform.

While Salesforce has helped define the SaaS market for years with its CRM offerings, it’s actually Microsoft that is now dominating the market, according to a report by the Synergy Research Group.

Users buying equipment through Dozr will get up to five years of off-season rental revenue, which the company says can cover a significant portion of the initial cost of equipment.

The startup plans to use the funds to deeply verticalise its analytical models and to build tools that make sales representatives follow best practices effortlessly.

Avoiding the worst case scenario: How to make sure your SaaS data is secure

If you’re thinking about using SaaS as a solution for your IT needs, here are three potential problems you might face and tips on how to avoid them.

StatX raises $2.5 million for app that notifies you when your business changes

It’s only been six months since the rollout of Stripe Instant Payouts this past September, but Canadian businesses using the platform just got another upgrade.

Recently, ransomware known as WannaCry, attacked (at last count) over 200,000 systems in 150 countries. The hack made use of a leaked, NSA-developed software…