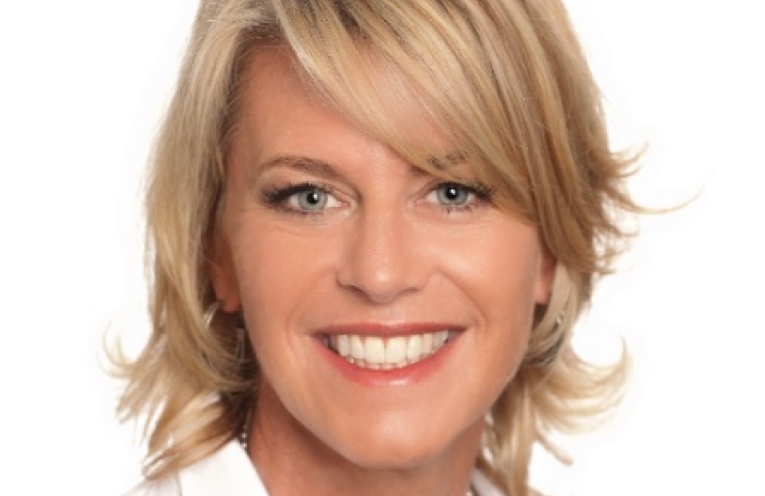 Barbara Dirks is an industry veteran. Between her experience at RBC and BMO, she’s covered every facet of banking, and now she’s back to launch Silicon Valley Bank Canada. As the Head of Canada for SVB, Dirks will work on improving connectivity in the FinTech ecosystem in Canada, as well as supporting startups as they scale.

Dirks will be sharing her thoughts on banking innovation at the Empire FinTech Conference on June 27 in Toronto. She sat down with Empire Startups Program Director Monica Murthy to share her thoughts on the Canadian FinTech Ecosystem and building SVB from the ground up.

Let’s kick off by talking about SVB. SVB is not a normal bank; you guys are known for your innovative approach and your strong connections with the startup community. How has SVB stayed one step ahead?

A small group of individuals thought, ‘let’s build a commercial bank solely focused on tech companies and their investors.’ We’ve had the benefit of 35 years of being focused on that sector, riding the waves, understanding technology and its evolution, and also understanding the investor community. This has given SVB the benefit of building an expertise and credibility in the innovation sector that is very hard to replicate. It’s that laser focus on what we call the innovation economy, which is now tech and life sciences, that makes us unique.

Tell me about your career, and this new role you’ve taken on with SVB.

If you’re a young startup, you might not have realized how many different parts of the bank there are, and what the means in terms of working with the bank overall.

We’ve been calling on the Canadian market for a long time from our US offices, but now we’re really setting down roots, getting a banking license in Canada, and setting up the business. I’ve had the benefit of working with two of Canada’s five largest banks, RBC and the Bank of Montreal, in a whole different smattering of roles, including marketing, product, finance, and commercial banking. I have this broad background, but at the same time I had not had the opportunity to lead a buildout like this. It’s not very often that you are tasked with building a commercial bank, let alone a niche commercial bank.

What are your thoughts on banks working with startups to introduce new technology, versus banks building their own tech?

Startups have this incredible mindset and ability to pivot quickly. That ability to pivot is one of their greatest features. When you’re doing a startup and you’ve got an idea, you see your path going forward in a certain way, but as you start talking to customers, particularly a mid-market sized customer or even a large corporate customer, you’re actually going to pivot your business to meet the needs of those institutions.

Most banks, by their very nature, structure, and history, are not able to make those pivots. Banks are often good at innovating on features but startups are able to bring bigger change forward. We really need each other to be successful; in this way, banks and startups are synergistic. To bridge the gaps that often exist, we try to help the community and the startups. We bank over 300 Series A FinTech companies in the US, and we have a dedicated FinTech practice, a payments strategy and solutions team, and an accelerator with First Data called Commerce.Innovated. This gives us the opportunity to work through operational, strategic, and product issues, and give startups the know-how to work more effectively with a large financial institution.

What are some of the defining features of the Canadian market?

As more companies scale in Canada, and offer jobs that are as appealing as the ones abroad, it becomes easier to attract the talent coming out of Canadian universities.

The Canadian tech ecosystem is in an earlier phase of development than other ecosystems. There are lots of great ideas generated and there is capital, but the capital pools here are smaller and companies typically don’t scale as quickly. When companies scale, investors see returns and new pools of capital are created. Talent is another key ingredient for the ecosystem. We have lots of STEM graduates and we’re a big attraction for those fields. You need the right kind of talent and growth capital to scale. Usually, larger companies generate talent, who then move on to launch startups. We’ll get there, we’re just at an earlier point in our development and evolution.

It seems like great companies are being started here, but then are moving to the US. How are you planning (if you are), to keep companies here?

A number of Canadian CEOs worked in Silicon Valley for pillar tech companies, and then returned to Canada to start their own company. As more companies scale in Canada, and offer jobs that are as appealing as the ones abroad, it becomes easier to attract the talent coming out of Canadian universities. At this point, one of our roles in the marketplace is to make connections. We connect clients to their peers, to talent and to investors. We believe that through the development of the ecosystem, and the amazing opportunities becoming available, more companies will stay in Canada. We hope to be a catalyst for that development.

What is the biggest barrier to startup-bank collaboration?

I would say it’s a couple things. First, selling into a bank is challenging. If you’re a young startup, you might not have realized how many different parts of the bank there are, and what the means in terms of working with the bank overall. Getting advisors who have been in big banks as part of your company, or hiring a key role with banking experience can be so advantageous.

The same goes for the bank side. The mindset and capabilities that a startup brings to a bank are very different from the DNA of the typical bank. Having individuals who have been on the tech side of things can bridge that mindset gap. Second, there is also a challenge around integration. A bank is not going to bring in a startup to work on a core functionality right away so it’s important for startups to start small and move into bigger and bigger spaces.

Hear more from Barbara at the Empire FinTech Conference on June 27. Grab a ticket and take 15% off with code BETAKIT15.

Monica Murthy is the Program Director at Empire Startups. Empire is the largest community of FinTech entrepreneurs, investors, and banking professionals in the world, and our mission is to foster collaboration in FinTech, and support startups as they scale.