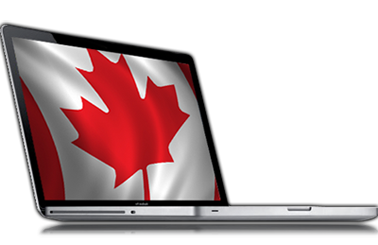 A new MasterCard study that tabled responses from small business owners in four countries (including Canada) says that small businesses may have an online presence, but many aren’t actually selling online. And those small business owners say the two most cited barriers to adopting new technology were cost (46 percent) and a lack of know-how (31 percent).

MasterCard’s Merchant Scope study of small-to-mid-sized businesses in Canada, Brazil, Germany and South Africa found that, while nearly 90 percent have an online presence, only one in five actually offers consumers the option to buy their products and services on an eCommerce site.

“Advances in technology – including payments – have often presented an opportunity for small businesses to level the playing field,” said a MasterCard VP, Theodore Iacobuzio. “But, as consumers take advantage of emerging technologies like mobile to access deals and rewards, businesses of all sizes find themselves needing to create an ‘always on,’ omni-channel presence or mobile app to attract new and repeat customers. Many small businesses, in particular, find this to be challenging.”

From an industry standpoint, hospitality and restaurants were found to invest a larger portion of their revenue on consumer-facing technology (8.1 percent) and back-office systems (11.8 percent) than other industries. Hospitality businesses are the most likely to have an ecommerce website to attract travelers and to utilize e-mail marketing. More than half (51 percent) of restaurants are using software for inventory management.

Regardless of the industry and location, the most cited marketing challenges revolve around identifying and reaching new customers.  More than 32 percent of businesses surveyed said Internet marketing and promotion was most challenging, while 28 percent cited offering loyalty benefits and targeted deals to customers as particularly daunting.

“The barriers of cost and a lack of expertise are holding back small businesses from unlocking their true potential.  This is important, not only for merchants, but also for the technology providers, banks and governments who support them,” said Iacobuzio. “Now that we better understand the obstacles small businesses are facing, we can work with all of the players in this ecosystem to tailor solutions and technologies to help them be more successful and better engines of economic growth.’”