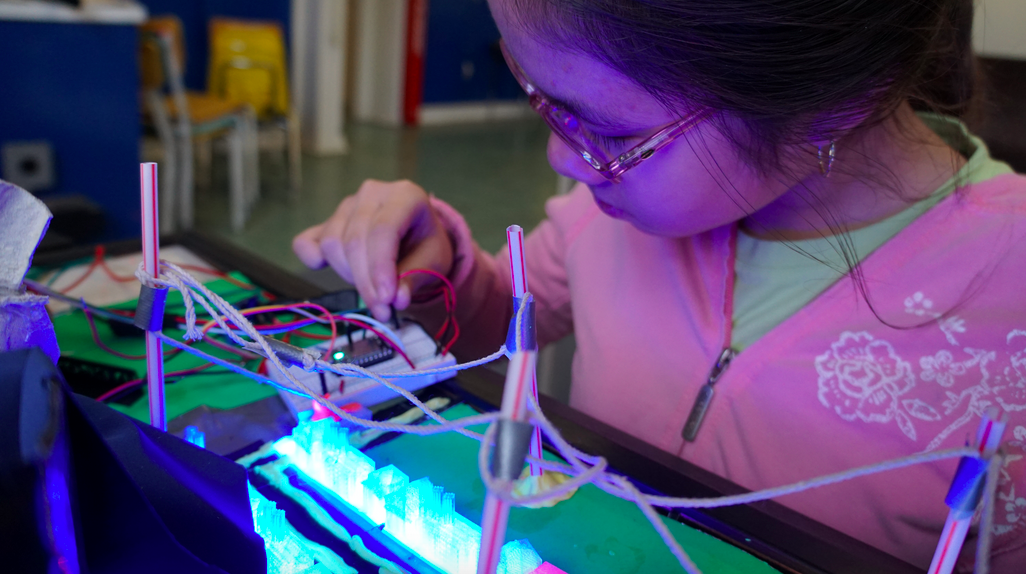 STEAMLabs, a new all-ages makerspace has reached its Kickstarter funding goal, and will be opening its doors at the Centre for Social Innovation (CSI) building on Spadina this June.

STEAMLabs will be one of the largest and most accessible makerspaces in Canada. Having surpassed its Kickstarer funding goal this weekend, STEAMLabs now has the resources it needs to bring in a fleet of 3D printers, a laser cutter, CNC router, a woodworking station and all kinds of electronics. Located on the ground floor of the CSI, it’ll help curious kids and adults get started with digital fabrication, coding, hands-on making, woodworking, and more.

STEAMLabs Co-founders Andy Forest and Marianne Mader used their wedding as a fundraiser to run MakerKids, their previous foray into establishing a community makerspace. However, Forest and Mader quickly realized that adults were having similar barriers to becoming creators, and not just consumers of technology.

“We wanted to expand our mission to include adults and older users as well, and that meant reinvention,” Forest told BetaKit. “With STEAMLabs, we’re expanding to a makerspace for all ages and all experience levels. We’re still helping kids with making and coding, and we will have offerings for adults and kids who are experts at these different technologies to be able to have the space to use the tools and create what they want to create on their own, independently.

“It’s rare for typical makerspaces to have a wide variety of introductory classes combined with sophisticated tools for expert makers, and this differentiates us. We offer guidance, classes and workshops to get you started with all kinds of digital technologies. We’re making a big effort to be welcoming, so that people can just come off the street and start making.”

Forest and Mader wanted to tackle a psychological barrier many people experience faced with new technologies that just look too complicated. STEAMLabs aims to get people over that hurdle. The CSI is reportedly negotiating to open a cafe at the front of the new building, and include maker-themes artwork at the cafe, as well as various electronic and programmatic activities, to help lure people and get them signed up for classes at STEAMLabs. Adults will also be able to book their own parties at STEAMLabs. The partnership with CSI stems from a shared belief that by returning to making our own goods, we can collectively shift our behaviour around consumption, and leverage new technologies to address social and environmental problems.

“Providing platforms like STEAMLabs for innovators and entrepreneurs is why CSI exists,” Adil Dhalla, CSI Director of Culture said in a statement. “STEAMLabs is being opened in partnership with the CSI, which is a coworking space, community and launchpad for people who want to make the world a better place. STEAMLabs will be opening in CSI’s 5th and newest location, 192 Spadina, which has been purchased in part by over two hundred people through CSI’s Community Bond campaign.”

Since Toronto’s hardware and maker scenes have been exploding with activity in the past couple of years, this new makerspace couldn’t have picked a better time for the launch. STEAMLabs is also currently in talks with schools to roll out workshops to classrooms across Ontario, another proof they plan to have some serious fun with Science, Technology Engineering, Art and Math.

The Business Development Bank of Canada (BDC) and the Canadian Business Youth Foundation (CYBF) today announced the regional finalists of the 2014 BDC Mentorship Award. The…