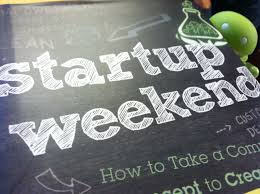 Startup Weekend, the weekend-long, hands-on experience where entrepreneurs and aspiring entrepreneurs find out if startup ideas are viable, will take place in eight Canadian cities this month.

In fact, in just hours, two of those eight events will begin, as Startup Weekends in both Calgary and St. Johns will begin around 5 PM.

Beginning with open mic pitches on Friday, attendees bring their best ideas and inspire others to join their team. Over Saturday and Sunday teams focus on customer development, validating their ideas, practicing “LEAN Startup Methodologies” and building a minimal viable product. On Sunday evening teams demo their prototypes and receive valuable feedback from a panel of experts.

November is proving to be a particularly receptive month for the global, grassroots initiative, 100 percent put on through the work of volunteers.

Here’s a list of the remaining six Startup Weekend

Headquarted in Seattle, Washington, 1068 Startup Weekend events have now been completed in 478 cities worldwide, involving over 100,000 entrepreneurs. According to the organization, over 8,190 startups have been created as a result. Over 36% of Startup Weekend startups are still going strong after 3 months.  Roughly 80% of participants plan on continuing working with their team or startup after the weekend.

This weekend’s events in Calgary is pretty cool for one particular reason: it’s organized by an all-women team. Organizer Kylie Toh, whether by decision or just by coincidence, has four speakers in Tara Kelly (SPLICE Software), Alice Reimer (Evoco), Shauna Causey (Decide.com) and Anette Ceraficki (Confab). On top of that, all five judges are female and all 12 coaches are as well. I can only imagine that such vocal women-in-tech advocates like Hootsuite’s Ryan Holmes and MaRS’s Aron Solomon would be pleased.