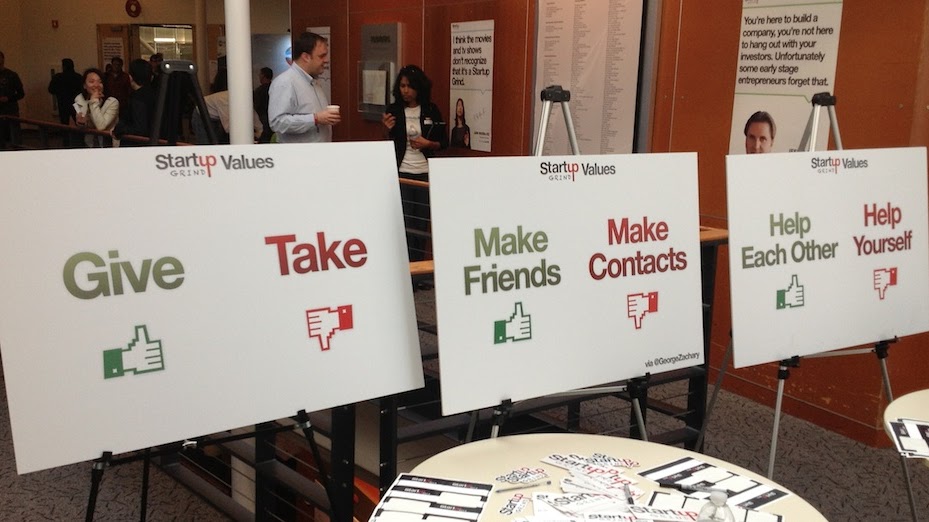 Startup Grind, the global startup community designed to educate, inspire, and connect entrepreneurs, is coming to Montreal on November 21.

The inaugural event in Montreal will feature 5by’s Greg Isenberg as the speaker, the CEO who recently exited his company to Silicon Valley-based StumbleUpon for an undisclosed amount.

Chapter leader Rami Sayar said the event serves as yet another piece to Montreal’s growing startup community. “It’s a growing community and there’s definitely lots of great stuff happening here,” he told BetaKit. “Now we’re starting to bring in events from outside the community [like Startup Grind] and we want to keep increasing that.”

Sayar called it a community initiative in different cities to connect entrepreneurs, to educate, to inspire and to bring them together. It originally started by Derek Andersen and Spencer Nielsen in February 2010, in a small office in Mountain View California. The original goal was to bring together friends who would help each other. Eventually it expanded to its present form, of over 50 cities in 15 countries, including Vancouver, Ottawa, Toronto and now Montreal.

According to Sayar the event is different in others in its formality. It’s a paid event with early bird tickets starting at $10, and that goes towards better venues, food and drink. I asked whether that lessened the appeal, potentially scaring away those who don’t want to pay, but Sayar said the organization hasn’t seen a change in attendance. Rather, “it helps us organize a pretty nice event every month.”

Part of the motivation behind charging people is to make sure that those who come are the ones who actually want to be there.

Isenberg said he was both “honoured and humbled” to be selected as the first guest speaker. “I’ve heard about startup grind for a few years now and it’s really cool that I get to be involved in the first event. When StartupWeekend came to Montreal I was involved in the first one, so it’s a pretty nice honour.”

He’ll speak about “the whole process” of creating, building and exiting 5by, his startup that offers a curated video-watching experience on web and mobile, mainly through Youtube videos.

From now on in Montreal, Sayer will bring in various “thought leaders” from the community-startup founders, business leaders, media personality- and ideally cultivate a new kind of event for Montreal that will run strong for years to come.

Canada’s tech ecosystem is consistently growing year-over-year. Startup Genome’s recent report revealed that not only is the Toronto-Waterloo region becoming one of the top…