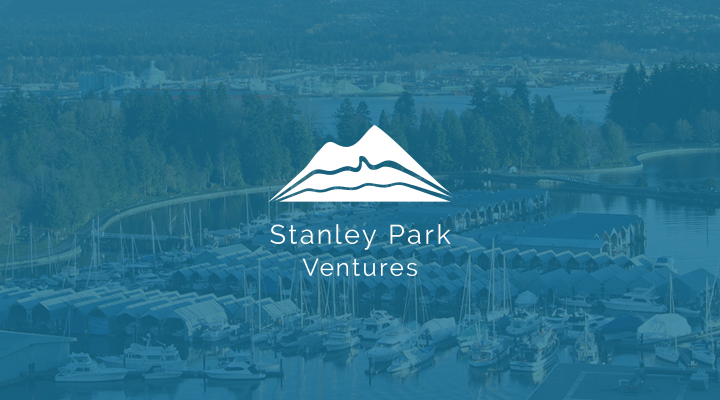 One of the more recent additions to Vancouver’s fast-growing tech ecosystem is Stanley Park Ventures, operating just steps away from the HIGHLINE VC-backed accelerator program and Launch Academy’s tech hub. Stanley Park is a startup studio applying a hands-on approach to putting tomorrow’s tech startups on the path to success today.

“We’re not pioneering the venture studio model, but the reason we believe this model makes sense today is because of all of the noise in the ecosystem,” says Jonathan Bixby, Stanley Park Ventures General Partner and a seasoned serial-investor who has seen his share of high-value exits.

“We’re seeing money going into seed and angel rounds at levels that are at all-time highs. You’re seeing cheap companies that are getting tons of money.”
– Jonathan Bixby, Stanley Park Ventures

“Starting a startup has become cheap,” Bixby explains, taking the long view of the currently high-flying tech sector. “As an entrepreneur, when I started at the end of the dotcom bust, it was really expensive to get a startup going. Getting all of the technology, infrastructure and marketing you needed was costly and funding was hard to get. Now those barriers have gone down. As a result, we’re seeing money going into seed and angel rounds at levels that are at all-time highs. You’re seeing cheap companies that are getting tons of money. Anyone who wants to hang a shingle up, saying they’re an entrepreneur can be one.”

Stanley Park Ventures hopes to get past the sheer noise of the market and quietly hunker down to build companies that last. “We’re looking for entrepreneurs who will invest in their business and want a hands-on approach. That’s why we do it. We’re hands-on, in the trenches, doing financing and all the things a co-founder would do with those businesses.” Their approach has been gaining traction, with companies like Pampyr and Blue Mesa Health building towards funding rounds – and their biggest success to date has been with Koho, a funded venture that is looking to change up how we do banking.

Reaching out to entrepreneurs in this noisy environment hasn’t been without its challenges. “We’re trying to do things differently, providing more operational support and mentorship, which has made it a challenge to get buy-in from some startups. A lot of the attitude is: ‘why do I need you guys? I go to the same places and know the same people. We’re all drinking the same coffee around the corner at Revolver.’”

As such, the ones who get on the Stanley Park Ventures portfolio tend to be startup entrepreneurs who have already tried – but failed, Bixby says. “If you haven’t gone through the crucible of raising money, building a product, selling, it’s hard to see the value; but if you have done that, there’s a million ways they know we can help.”

This startup studio only came around to this model after running into a brick wall of its own – and pivoting to a different path. “When I was with Growlab and as co-founder of HIGHLINE, I worked with a cohort, and we had this hypothesis that we could do the same thing that had been successful before,” Bixby explains. “We got 200 entrepreneurs, whittled that down to 20, worked with them for a month – and we’re not doing that again! It just doesn’t work on that scale. You’ve got to focus on the people who matter, so you can offer meaningful value.”

Koho’s CEO Daniel Eberhard thinks his startup, which recently raised $1 million in investment, would have had a real challenge without that hands-on support. “Especially in the realm we’re in, trying to change banking, we needed significant partnerships with major organizations,” Eberhard explains. “Stanley Park Ventures gave us insights into getting those relationships and gave us the legitimacy to forge them.”

Overall, Stanley Park’s approach has forced Koho to be extremely realistic about how it assesses and improve the companys. “A common survival skill of the entrepreneur is to be optimistic, but that can also be counter-productive. A hands-on approach forces you to look closely at data deliverables. It’s all about the metrics – and as a result of that focus, we’ve been able to use our data to tell a story, raise a round of funding and get a real sense of our customer acquisition costs. Getting that number down was key to engaging customers – and getting the attention of investors.”

There’s a mythology surrounding many of the world’s best-known CEOs and entrepreneurs — stories of living in parents’ basement, raising just enough money to…