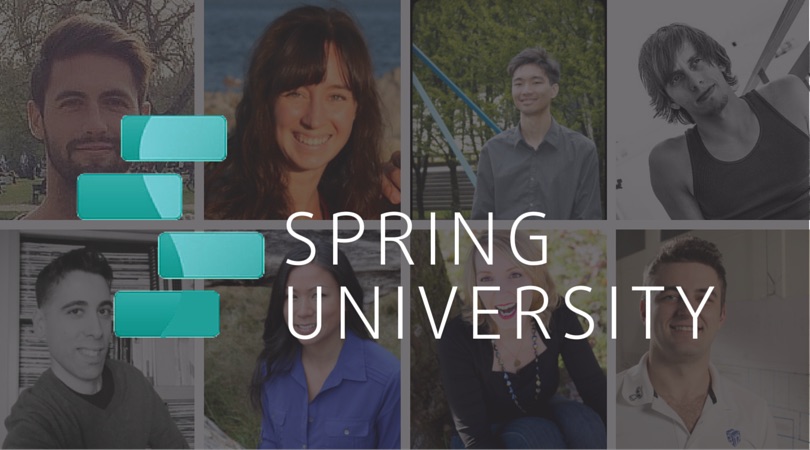 The west coast is getting recognition for its increasing number of startups, incubators, and VC firms that make up its tech hub. And now, one of the city’s visionaries is giving back to the world.

Spring startup school, based in Vancouver, finalized its acquisition of the Kick incubator this April, and has rebranded its structured incubator program used in more than 30 cities as part of Spring University, which makes Spring’s resources available across the globe. The initial launch will include four primary courses to assist startups in varying degrees of development: Idea (Kick), Launch, Grow, and Funding.

“The accelerator market has evolved, but the incubator market hasn’t. This is what fills that gap.” – Keith Ippel, co-founder of Spring

Can the startup model that has spread to an increasing number of hubs around North America be incubated in the same way everywhere? Not exactly. But there are definitely commonalities, suggests Spring co-founder Keith Ippel. He recently shared his vision with BetaKit of how SpringU will move forward, bringing its programs to a global network of incubators from here to Europe, South America, and Africa.

“There are universal truths,” Ippel said. “Customer discovery, knowing the target audience, knowing someone will pay for your solution; those are universal across geography, whether you’re a non-profit, co-op, brick and mortar, tech startup, and everything in between.”

The new program partners with local incubators that can provide the local context to round out budding entrepreneurs’ training. “If we were to deliver the program exclusively online, all of the local nuances and characteristics of local development would be lost.” Meanwhile, participating organizations can adapt the program according to local variables such as access to talent or capital, as well as the nature of technologies available.

The decision to offer multiple programs instead of focusing on a single path came from Spring’s hard-won experience. “Historically, incubators have had cookie cutter, one-size-fits-all programs that don’t fit everyone,” Ippel says. “For instance, other incubators might be talking about launch and funding, when the participants just want to know if their idea is any good. Meanwhile, some have already validated their idea and don’t need to go through that process again. They need to focus on just launching well and being in the right place for it.”

“Alternatively, when you’ve launched, you may be running out of money and don’t have the tools to get to that B round, nor can you get the tools to get to revenue-positive. We ran Kick and have had 140 companies created, but post-launch a lot of entrepreneurs were left hanging unless they made it to an accelerator. Grow is really designed to fill that valley.”

A one-size-fits-all program was a good starting point, but the marketplace has evolved, he explains. “For instance, Y-Combinator made a lot of sense back then, but fast-forward to today, we have startup accelerators that are stage-specific, some that write a cheque, some that don’t. The accelerator market has evolved, but the incubator market hasn’t. This is what fills the gap.”

What’s this? Two new BetaKit newsletters in one week? Life is a matter of timing. As the wearables and FinTech verticals picked up in…