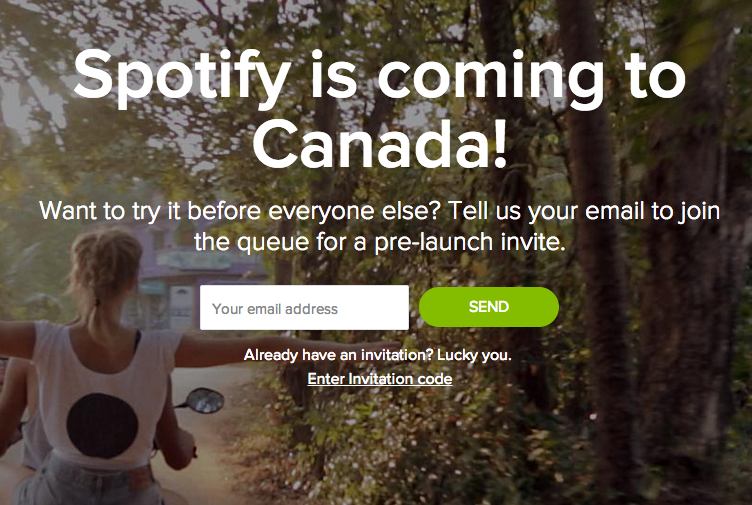 Spotify began accepting pre-launch invite requests for Canadians on its website this week.

“We know there is a lot of excitement and demand for Spotify in Canada and we want to reward those fans who have patiently waited for the launch,” wrote the company. “Over the coming months we will be gradually inviting users on to the service in an attempt to systematically scale Spotify in the most manageable way possible.”

“When Spotify launches in a specific country we always make sure that the experience is curated for local tastes and culture,” it added. “Spotify in Canada needs to be much more than just the Canadian version of Spotify in the US.

Users can browse through the interface by artist, album, genre, playlist, record label and direct searches. It also enables individuals to create, share, and edit playlists with other users. If users want recommendations, they can integrate their system with Last.fm, an application that provides music recommendations based on listening history. The radio feature installed in Spotify creates random playlists for its users that are related to preferred artists.

Social media integration is a popular feature that enables users to connect their Spotify accounts to their Facebook and Twitter profiles. allowing them to accesss their friends’ favourite music and playlists and share their choices with others as well.

The full Canadian version will be rolled out over several months.