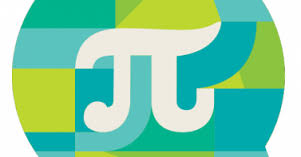 A story on Montreal TechWatch caught my eye last week when I read about Solver’s Market, a question and answer marketplace for tough science and engineering problems, developed by three PhD students from the University of Calgary.

Users post their noodle-scratchers on the site and fellow “solvers” can answer the questions for rewards, which are interchangeable for real money. My honest fellow writer and buddy Ildar Khakimov bluntly described the platform as “sort of a meeting spot for people who are desperate enough to pay to have their questions answered and those who want to make a bit of money in exchange for their knowledge.”

A quick chat with cofounder Alexander Kuzmin revealed that the site was founded in September 2012 and that the geekier types of users are loving it. Non-geek users apparently aren’t loving the design and find it a bit complicated, which is why the site is receiving a full face-lift soon.

Most of the site’s 500 users are currently offering $2 for answers whereas some of the more expensive answers have earned solvers close to $20.

The platform certainly hits a niche, as Khakimov wrote in his piece, being that there aren’t too many question and answer marketplaces that solely cater to science and engineering problems. Kuzmin said the current options are: free, volunteer-based stack exchange websites related to math or physics that might not get a desired answer (or where users aren’t motivated to put effort into answering), or Google and Yahoo Ask!, where “a student can spend a few hours on internet reading without finding an appropriate answer.” Other than that there’s obviously offline posing of questions among friends, and Kuzmin see’s the platform as a seamless extension of these conversations.

(Another gem from Khakimov: “Some websites are almost not worth visiting at all such as ‘Yahoo answers’ which seems to be plagued by an army of people asking silly questions and an even bigger Army of people supplying equally silly answers.”)

Currently Solver’s Market is experience a bit of chicken and egg problem (and frankly it’s nice to hear startup founders express vulnerability in this way, yet coupled with a clear drive to emerge). They have an adequate number of solvers, but there aren’t enough people asking the questions.

To that end Kuzmin said they’ll experiment with making the site free for users, to try and build up a community. Kuzmin said this is “key”. The only potential issue there is whether it will turn out that the rewards are the only reason people are answering questions, or if the solvers are doing it for fun, with money as an added bonus.

The team is now split up between Calgary and Montreal and it’s all about gaining the ever-desired critical mass.