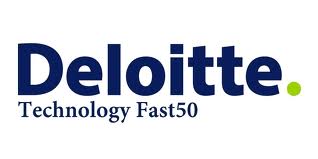 Deloitte has released its yearly Fast50 list of overachieving Canadian startups and other companies for 2013. Since its inception in 1998, the program has grown to include four categories, including the Technology Fast 50 ranking, Companies-to-Watch, Technology Green 15 and coveted Leadership awards.

This year the program welcomes 17 companies that are making the Fast 50 list for the first time.

Deloitte said this year a record is recognizing a record 14 Companies-to-Watch award winners in 2013. This year both the Technology Fast 50 and Companies-to-Watch categories were dominated by software companies, “which is indicative of current demand for software applications.”

“We have several newcomers to the Technology Fast 50™ program this year, particularly in the Companies-to-Watch category,” said Deloitte’s Richard Lee. “There were so many noteworthy Companies to Watch (CTW) that we have the highest number of recipients in this category this year. These companies represent the future of the tech sector in Canada.”

For the second year in a row, a Vancouver startup took the number one spot in the Fast50. At 10,444 percent over five years, QuickMobile’s revenue growth was higher than the average growth rate of 832 percent for the list, and is a reflection of achievements within and the consistent growth of British Columbia’s technology sector.

The average growth rate of this year’s Technology Fast 50 companies was 832 percent, which is down from 1,953 percent in 2012 and down from 5,272 percent in 2011. Even so, findings from Deloitte’s annual CEO survey of Technology Fast 50 companies suggest optimism within the industry. 66 percent of respondents believe that outside of Canada, the global economy will grow significantly — a marked increase in optimism compared to 2012 when only 46 percent of respondents felt there would be strong growth in the overall world economy.

Meanwhile, the list of “Companies to Watch” contained several notable startups that we’ve spoken about on BetaKit, including Frank & Oak, Hootsuite, Thalmic Labs, Vidyard and Wajam: