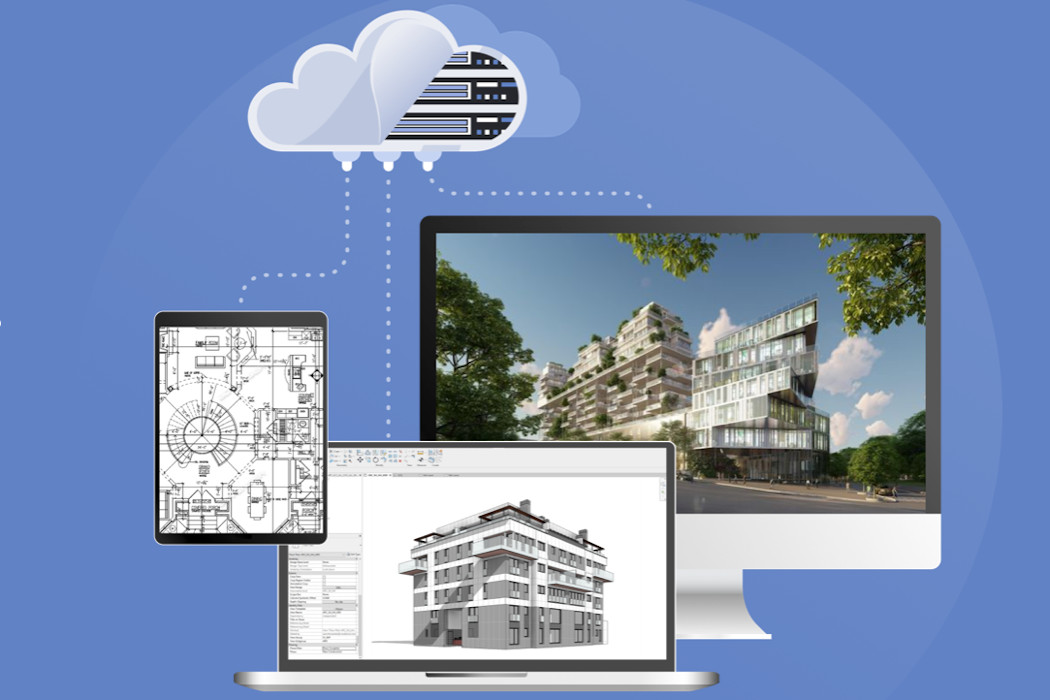 The all-equity round, which closed earlier this month, is the company’s first funding to date. It was led by New York’s ff Venture Capital (ffVC), with participation from Garage Capital, Side Door Ventures, and Globalive Capital. As part of the round, John Frankel, founding partner at ffVC, will join Softdrive’s board of directors.

According to Ivey, during the pandemic, the demand for cloud-based virtual computers has “increased exponentially.”

Softdrive offers virtual computer streaming software to businesses. Armed with fresh funding, the startup aims to build out its solution into a market-ready product for the architecture, engineering, and construction (AEC) sector. Softdrive views the AEC industry as a prime initial target given its shift to using 3D and 4D modelling software and large files, which require more cloud storage and computing power than many devices can support.

In an interview, Softdrive co-founder Leonard Ivey described the AEC sector as “quite antiquated in technology, up until a few years ago,” but added that it is increasingly recognizing the value of technology platforms.

“Most architects, engineers, and contractors are moving to actually deploy these models on all of their sites, and all of their projects,” said Ivey. “And they’re adopting this technology, this 3D/4D modelling technology, without having the proper computer infrastructure to actually support it.”

Ivey told BetaKit that instead of investing in costly computer hardware upgrades to serve their infrastructure needs, some AEC firms would be better off using a virtual computer solution like Softdrive, which streams data-centre based personal computers to other devices.

The startup, which was co-founded by Ivey and Alan Daniels, touts its virtual computer solution as an alternative to expensive and time-consuming physical computer hardware upgrades and maintenance. Softdrive claims its tech “can instantly turn old or underpowered devices into powerful workstations,” allowing users to run demanding applications “on any device.”

“Softdrive is developing a novel approach to enable customers to access high-performance computing power via the cloud, irrespective of the capabilities of their desktop,” said Frankel. “We are especially excited to work with the phenomenal team at Softdrive — they deeply understand the pain points in this space and have the drive to bring this vision to the entire industry.”

According to Ivey, during the pandemic, the demand for cloud-based virtual computers has “increased exponentially,” amid the shift to work-from-anywhere arrangements.

“In terms of accelerating our awareness, development, all of that, it’s been perfect for us because we serve the post-COVID market, and even the now-COVID market,” said Ivey.

Softdrive co-founders Leonard Ivey and Alan Daniels, who bootstrapped the company up to this point, have already used the new capital to add two software engineers.

Softdrive, which has inked strategic partnerships with major players like Nvidia, Autodesk, IBM, and Oracle, currently has 10 paying, early-adopting customers in the AEC space from Canada and the United States.

Ivey said the company also has about 10 other large organizations that want to deploy its tech, but added that “we’re saying no until our product is at a state that we’re happy with.”

To get there, the company is currently working on adding new features to its product, including 4K streaming at 144fps, unlimited storage, multi-monitor technology, and more.

Ivey and Daniels, who bootstrapped Softdrive up to this point, have already used the new capital to bring on two new software engineers, and are looking to add three more to accomplish their product development goals.

Beyond the AEC space, Ivey sees the potential to apply Softdrive’s tech to school computer labs, adding that Ryerson University has already approached the startup to explore the idea. Softdrive is currently participating in Ryerson-based DMZ’s Incubator program.

Ivey said many students studying programs like architecture, visualization arts, and computer and software engineering need access to Ryerson’s computers right now to run powerful applications, but can’t because the university’s computer lab is closed due to COVID-19. The co-founder added that for some of these students, who can’t afford to go and buy new computers, Softdrive presents a more affordable alternative.

Softdrive’s product is currently between alpha and beta stage, and Ivey said the company aims to have it market-ready by early 2022. Before then, the startup hopes to add 50 more customers by the end of the year.