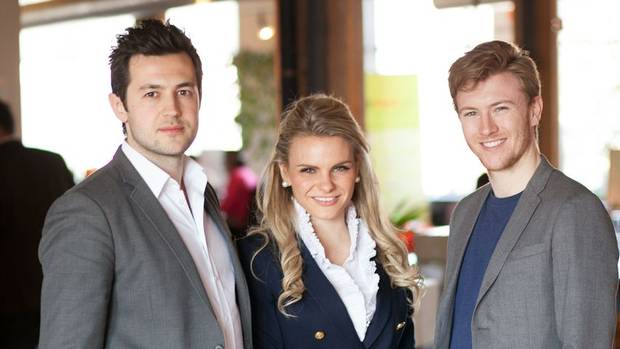 The Snap by Groupon platform, which allows users to get cash back on groceries, is undergoing major changes — but the Canadian founding team behind the product won’t be part of it.

Earlier this week, BetaKit received a tip that the Snap platform would be dissolved within the week and the managing team let go, which includes co-founders Michele Romanow and Anatoliy Melnichuk.

Launched in October of 2013 by Toronto’s Buytopia, SnapSaves was acquired by Groupon in June of 2014. As part of the acquisition, Buytopia and SnapSaves co-founders Melnichuk and Romanow – the latter a recent addition to CBC’s Dragons’ Den — both took positions at Groupon.

Romanow on the set of CBC’s Next Gen Den.

BetaKit reached out to both Melnichuk and Romanow for comment on the departure, with Romanow directing us to Groupon’s Head of Communications, Bill Roberts.

Roberts told BetaKit that Snap is not shutting down, but undergoing “exciting changes” over the coming weeks, transitioning to focus more on mass-retail couponing.

“We’re expanding the number of offers available within the app to include our inventory of more than 60,000 coupons and promotions at the top retailers in the U.S and Canada,” Roberts said in a statement.

Roberts also indicated that Romanow and Melnichuk have not been dismissed, but that the departure is their decision.

“As we transition Snap to focus more on mass-retail couponing, the Snap founders have decided to pursue opportunities outside of Groupon. We thank them for their work with Groupon and wish them the best.”

Melnichuk responded shortly after, saying that “Snap is constantly evolving, and we listen to what consumers want. And consumers are looking for more retail coupons so we will be expanding our offering.” Melnichuk also offered that, “we will be helping with the transition of Snap, then Michele and I will be moving on to other new ventures.”

Groupon will notably report its Q4 fiscal earnings after market close this Thursday. In Q3, Groupon replaced CEO and co-founder Eric Lefkofsky with Rich Williams following a mixed earnings report. The switch followed shortly after Groupon’s exit from Nordic markets including Sweden, Denmark, Norway, and Finland, as well as the layoffs of 1,100 customer service and international employees.

MaRS Discovery District’s board of directors announced today that Yung Wu will be the entrepreneurship hub’s new CEO. Wu will begin his new role…